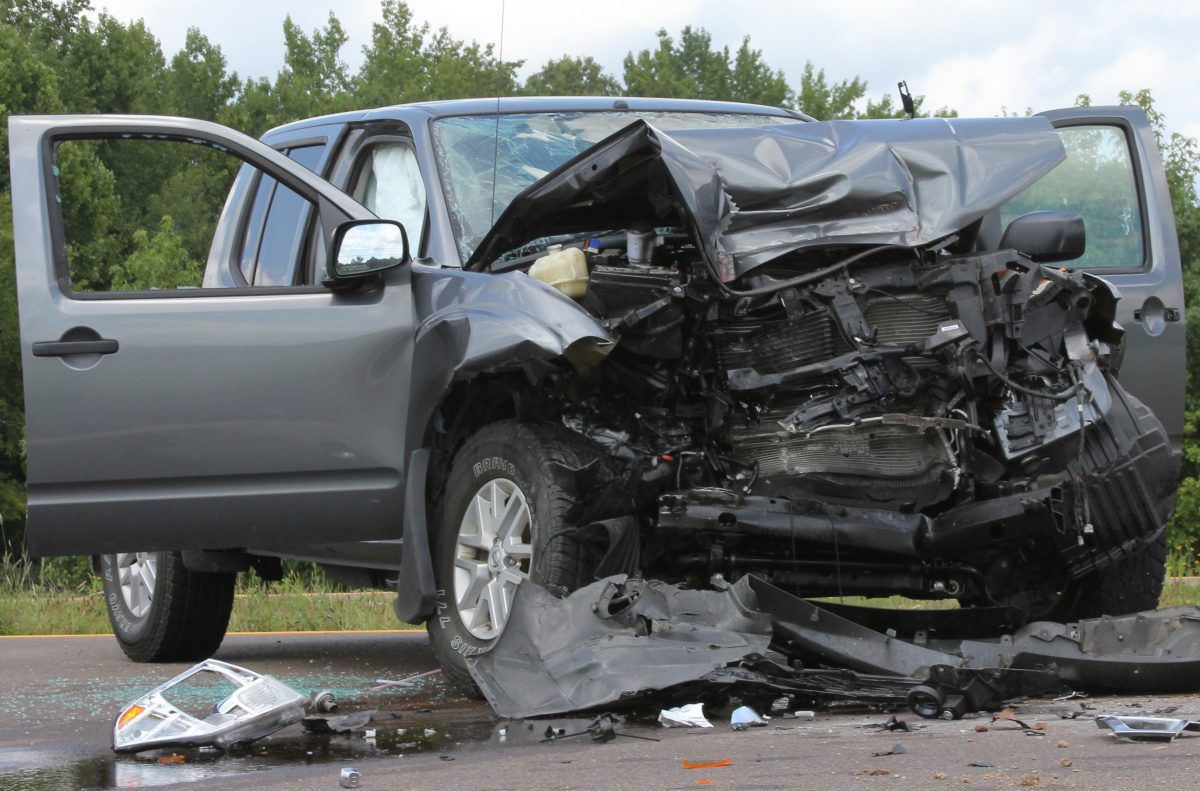 A two vehicle accident along Highway 412 West occurred on Monday, August 16, 2021 that resulted in an individual being airlifted with injuries.
Photo by: W. Clay Crook / The Lexington Progress

Kevin R. Garrett, age 59 from Parsons, was taken by an Air Evac helicopter to Vanderbilt after a collision on 412 West. The accident occurred around 1:15 p.m. on Monday, August 16, 2021, on the eastbound side of Highway 412 West between the Juno Church of Christ parking lot and New Flanagan Road.

According to the THP report, Garret’s 2019 Nissan Frontier pickup collided into the back end of a trailer which was loaded with a large excavator. The trailer was pulled by a 2018 Western Star 470 driven by April D. Sauer, age 49 of Jackson, who was not injured. Both vehicles were traveling in the…