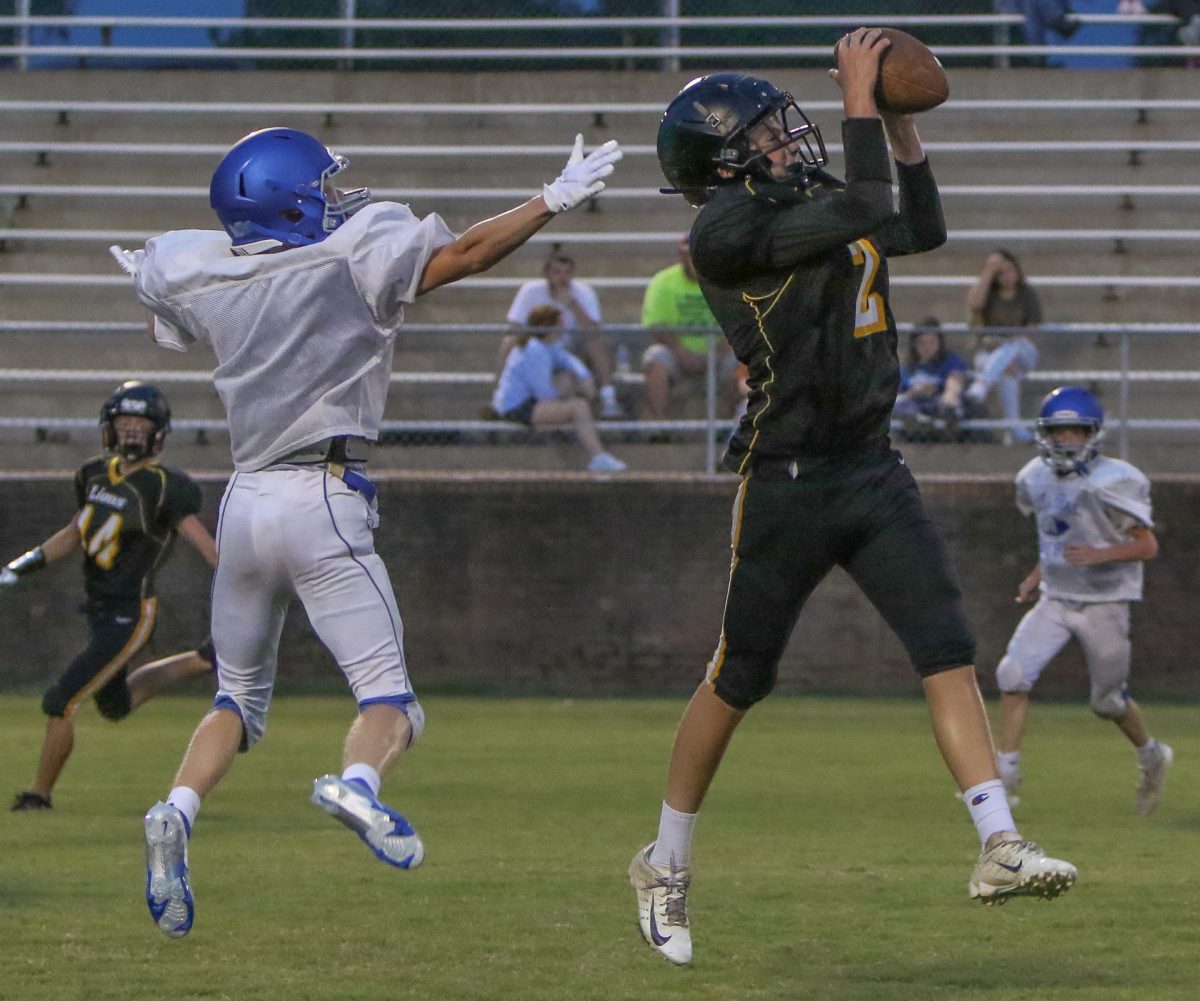 Last Friday night marked the first time this year that the Scotts Hill High School Lions football team saw live action from an opposing team. The Lions made their way to Bruceton, Tennessee to Hollow-Rock Bruceton Central High School to take on the Tigers in their first scrimmage game of the offseason. The Lions looked to make progress and ultimately get better as a team, using this event as a building block for the upcoming season.

During a chance in getting to speak with head coach of the Scotts Hill Lions, Rennard Woodmore, he shared that the coaches were pleased with the first scrimmage of the preseason. He personally thought that the team did a good job running to the football on defense, something he was very pleased in seeing. The running backs, offensive line, wide receivers, and the quarterbacks all had great moments on the offensive side of the ball as well.

The coach went on to state that when on offense that when he sees that unit doing the little things right that they are able to move the football down the field. Defensively, he saw his team make good reads at the linebacker positions and played very physically on the defensive line.

Scotts Hill Lions coaching staff works hard, all in unity with one another, to create real game scenarios to make practice as much like a game as possible.

In sharing what stood out to the coaching staff the most from the team’s first scrimmage game, Woodmore stated, “We have made progress from last season. We have gotten better fundamentally as a team and even technique wise. That is something that has…