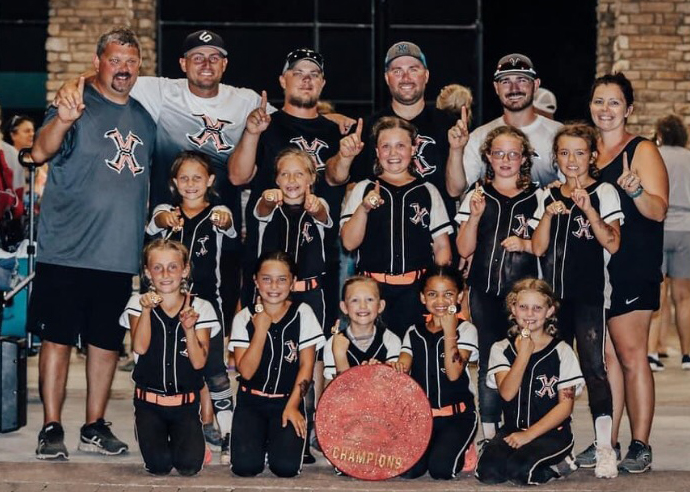 Xtreme 12 softball team won the USGF World Series, which was held in Clarksville, Tennessee from July 8, 2021 until July 11, 2021.
Photo Submitted / The Lexington Progress

Championships are a thing of beauty! It seems as if youth sports teams in Lexington, Tennessee know just how beautiful those are. Adding to the list of teams that this community can be proud of for winning, the Xtreme 12 softball team is another team that sits atop the list. The girls showcased their talent and displayed to their fans team effort in claiming the 2021 USGF World Series title, weekend before last.

This team headed to Clarksville, Tennessee to face stiff competition and a chance at having their own bragging rights as being named a world series title holder. From July 8th through 11th, Xtreme 12 team members gave their all, in order to be named the champions. The team played in back-to-back multiple extra-inning games to not only make it to the championship game, but to win the championship game as well.

Battling against a very strong Kentucky team, the girls on Xtreme 12 displayed the scrappiness of their team by overcoming some very unreal odds. With the winning run on third base and no outs, Xtreme 12 found a way to get themselves out of a jam and eventually out of the inning to push the game into extra innings. This effort paid huge dividends as the team reached the end of the game by…