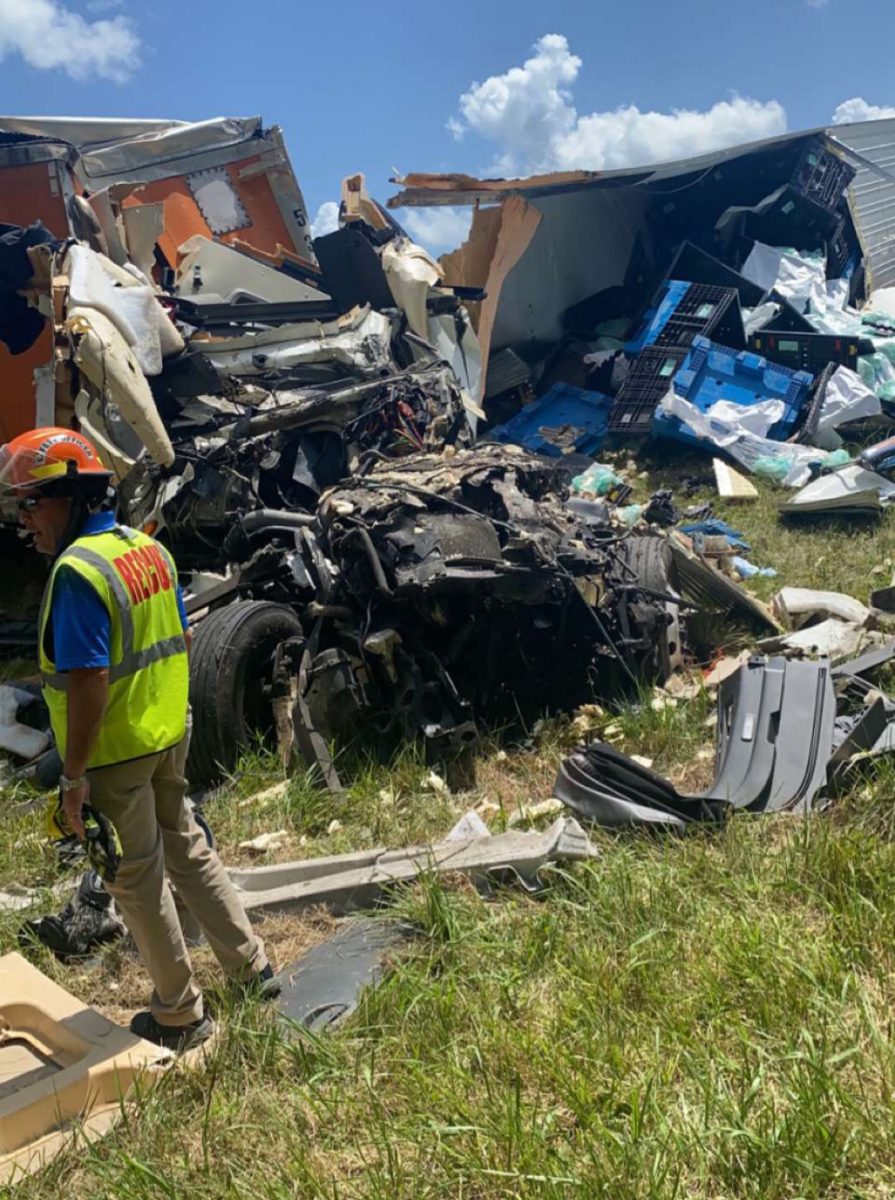 A Thursday, July 15, 2021 accident on I-40 caused heavy traffic to be diverted through Lexington, after a portion of the interstate was shut down.
Photo Submitted / The Lexington Progress

The Public Works Department reported the number of vehicles through the traffic light at Church Street and Broad Street at 8,281 vehicles in a four-hour period, with 15% of those being semi-truck traffic.

According to the report from the Tennessee Highway Patrol, the accident at the 99-mile marker of I-40 involved three vehicles. Vehicle #1 was a 2013 International tractor-trailer driven by Reuben W. Howard of Berwyn, IL, who was the only one of the drivers injured. Vehicle #2 was a 2017 Peterbilt tractor-trailer driven by Arnold N. Ukawilu, age 41 of…