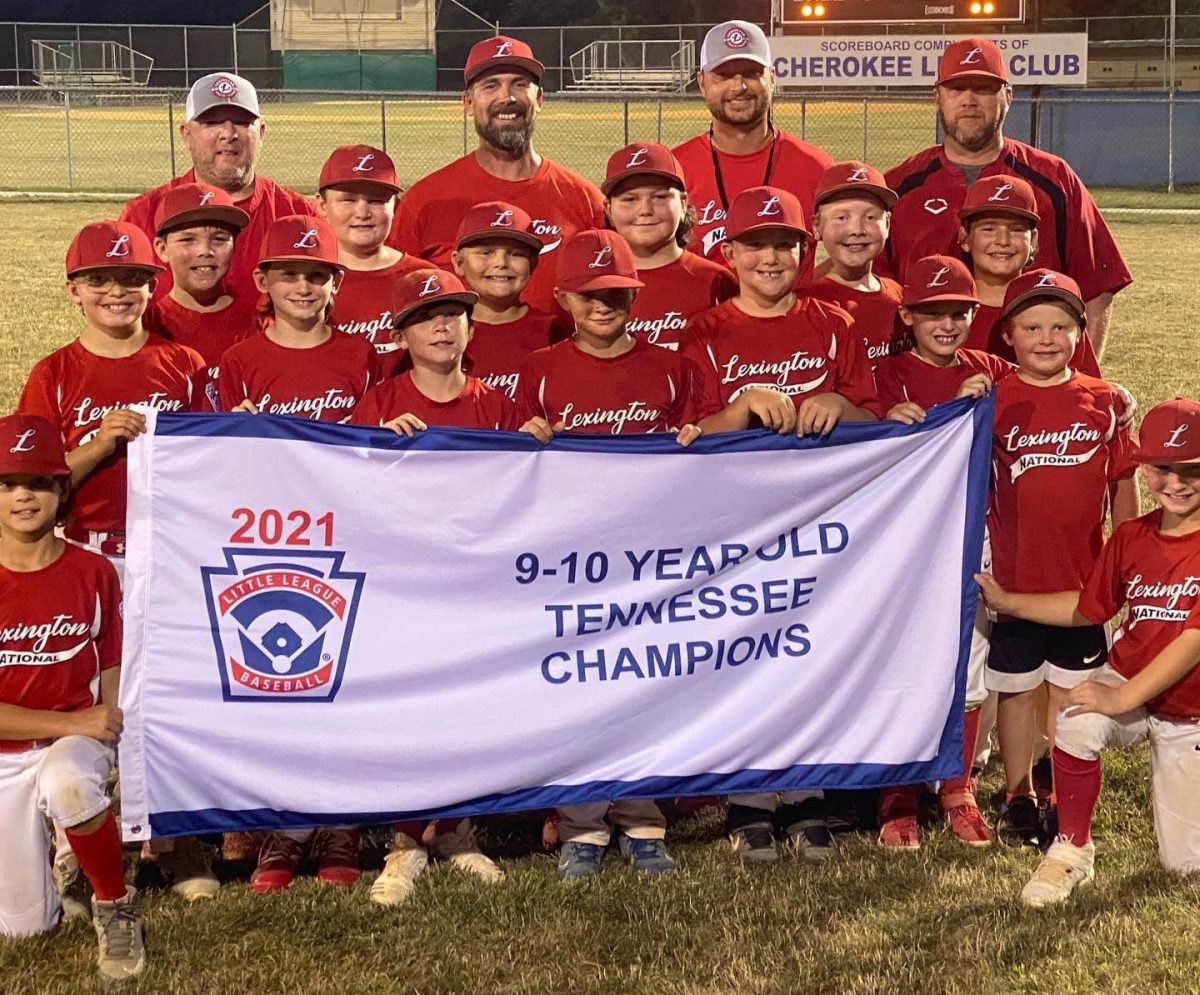 The youth sports scene in Lexington, Tennessee keeps piling up the championships from this past season. Another team that just claimed their share at bragging rights was the Lexington 9&10-year-old Boy’s All-Star team. These boys made quite an impeccable run in Morristown, Tennessee to lay claim to their stake in the championships won by teams in our community.

Lexington made their presence known at the 2021 Little League Baseball State tournament, which was played from July 10th through July 15th in East Tennessee. The Lexington 9&10-year-old boy’s all-star team would play in seven games in the tournament and in the end the boys were crowned state champions after eliminating every other team in the tournament.

Other than the Lexington all-stars, the teams that participated in the state tournament were Spring Hill, Morristown, which was the host team, Dickson County, Maryville, and Goodlettsville.

Lexington would take on Dickson County to start tournament play, in which the all-stars would take a win in their first game. In the second game, Lexington faced off against Spring Hill. This would be Lexington’s first loss of the tournament and dropped them into the loser’s bracket. In game three, Lexington defeated Maryville, then in game four the team would take the win over Goodlettsville. Entering game five, Lexington would win against the host team, Morristown and that sent them to…