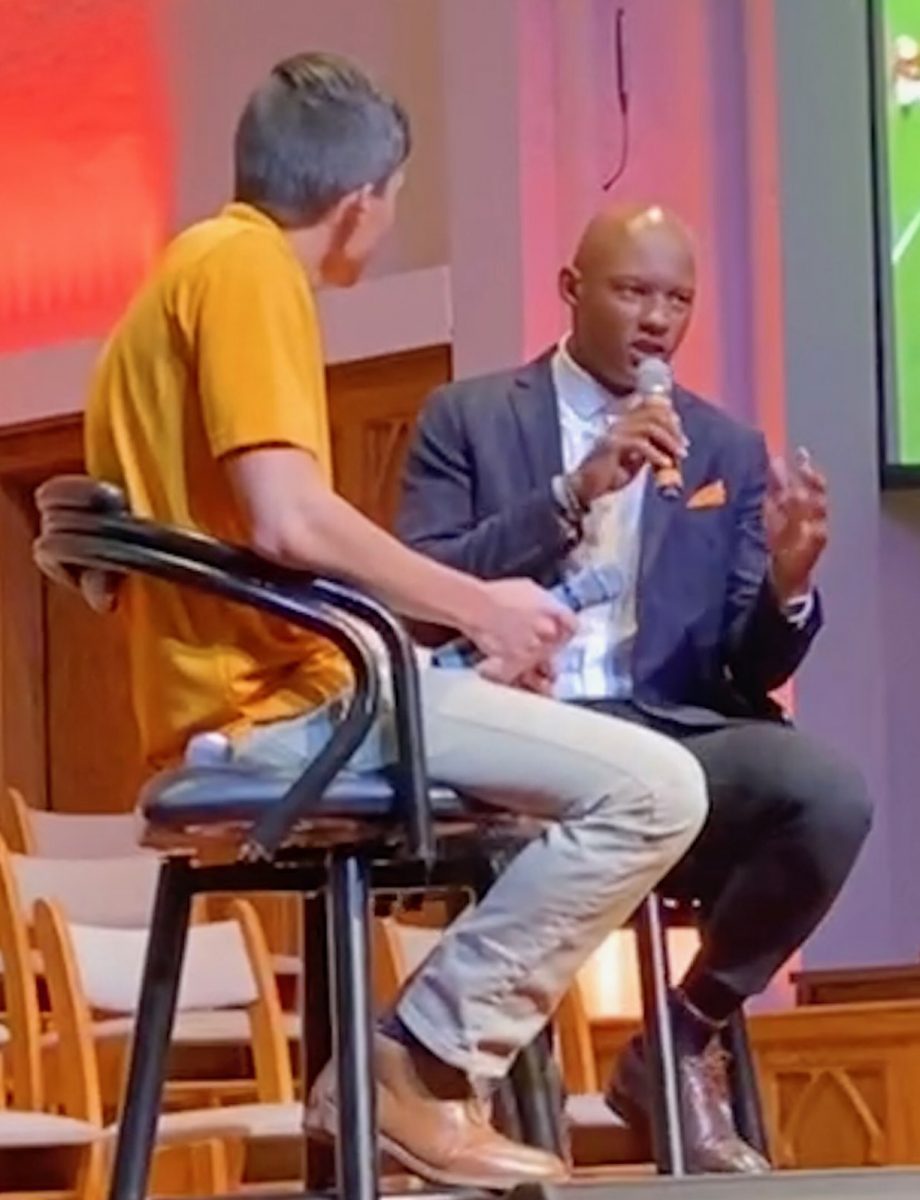 Josh Dobbs, a former quarterback for the University of Tennessee was the special guest speaker at “A Night of Champions” held at First Baptist Church on Friday, July 16, 2021.
Photo Submitted / The Lexington Progress

This past Friday night, July 16, 2021, there was a special guest that many around town would recognize, especially those faithful Volunteer fans that pull for their home state team. Speaking at the First Baptist Church in Lexington, Josh Dobbs made a special guest appearance at “A Night of Champions”.

Dobbs was a well-known quarterback for the University of Tennessee from 2013 through 2016. He was drafted in the fourth round of the 2017 NFL draft by the Pittsburgh Steelers, with the 135th overall selection.

Josh Dobbs was tasked with sharing his journey and experience, along with his story and testimony as he was a high school athlete at one time, with the many high school football players in attendance. He was born in Alabama as an only child and his parents quickly involved him in sports at a young age. He was told by his parents that his main focus should be in the classroom and that football would be an activity after making sure he made his grades. He was also pushed by his parents to…