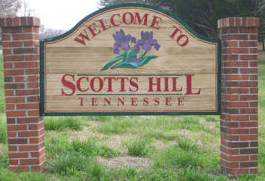 The Mayor and Board of Aldermen for Scotts Hill met on Monday, July 6, 2021.
File Photo / The Lexington Progress

The Board of Mayor and Aldermen for Scotts Hill met on Tuesday evening, July 6, 2021. The roll was called and minutes for the June 7th meeting was approved.

Scotts Hill Mayor Kenny Parrish answered a question from the board on solid waste / garbage pickup. The mayor said that at the last meeting, the board had voted to outsource solid waste pickup. Humana Waste Haulers will start in the next few weeks, and the rate will be $8.50 per month for the first container, and $5.50 for the next container if needed. The contract is for five years, with some gradual increase each year. At the end of the fifth year the fee will be about $9.60.

There was discussion later on about a garbage truck purchase, but alternatives look to require larger rates. There was also some concern about how the garbage cans would be picked up in some of the smaller space areas. Discussion was had that a future board may need to revisit the options available during the five-year contract in order to be prepared at the contract’s end.

City Manager Clayton Armstrong said that the city had another good month with no accidents, and that water levels are holding firm. Installation of the new water meters was recently completed, and the software is being installed. Some of the delinquent accounts have been paid in full before the cutoff date.

Scotts Hill Police Chief David Alexander said that applications for a new officer are going slower than expected, “and we will have to cast a bigger net,” but look at the applications very closely to make sure the requirements are being met. “We have great benefits, but we can’t match the…

For the complete article, see the July 14th edition of The Lexington Progress.