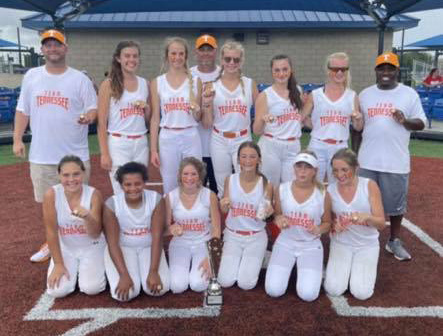 In yet another astonishing feat by a team out of Lexington, Tennessee, the 14U Girls’ Softball All-Star team got the chance to represent the State of Tennessee and make their community proud, a community that has supported them so well.

On July 7th through the 11th, many residents of our community invaded the town of Pascagoula, Mississippi. There was a main goal to be accomplished by this team. Win a World Series Championship. Fighting for what the girls believed they deserved, the 14U All-Stars left everything they had on that field of play. For multiple games played, each and every young lady poured every ounce of energy they had into attaining the goal that they had set their sights on. This was something for those girls to be personally proud out.

The result of their dedication and hard work had paid off. The Lexington 14U Girls’ Softball team won the Rec World Series Championship. The dreams they once had thought of became a reality in that moment. Memories made that surely will last a lifetime in the lives of this team and everyone involved. The girls had their championship rings and the title to bring back to their own town, to show to the City of Lexington. Now, that’s something that everyone can be proud of.

To top things off, this team actually went on to compete in the 18U World Series Championship while down in Mississippi. For a 14U team to jump up and play in the 18U division, well that ought to tell you about the fight and grit they displayed. Taking a tough one run loss, which kept them from playing in the championship game, Team Tennessee would…

For the complete article, see the July 14th edition of The Lexington Progress.