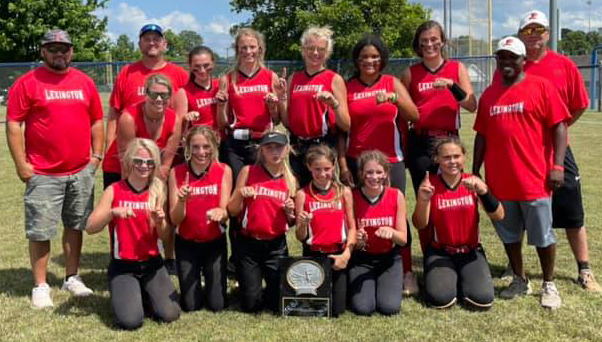 The girls of summer, better known as the Lexington Girl’s 14U All-Stars, made their way to Munford, Tennessee on the weekend of June 26th and 27th to participate in the 2021 FASA State Championship tournament against the best teams that were left standing, for a chance to claim the state championship trophy and be the last team standing.
The girls, or all-star selections, were up against the heat as it was a hot time in West Tennessee. Lexington played in and battled in five consecutive games that were all played back-to-back, with only about ten or so minutes in between each contest.

Lexington was able to reach their goal in the tournament and be the last team left at the finale. The Lexington Girl’s 14U All-Star team hoisted their trophy as they had been crowned the 2021 FASA State Tournament champions. Now, with that trophy in their possession, the girls will be looking to…

For complete coverage, see the July 7th edition of The Lexington Progress.