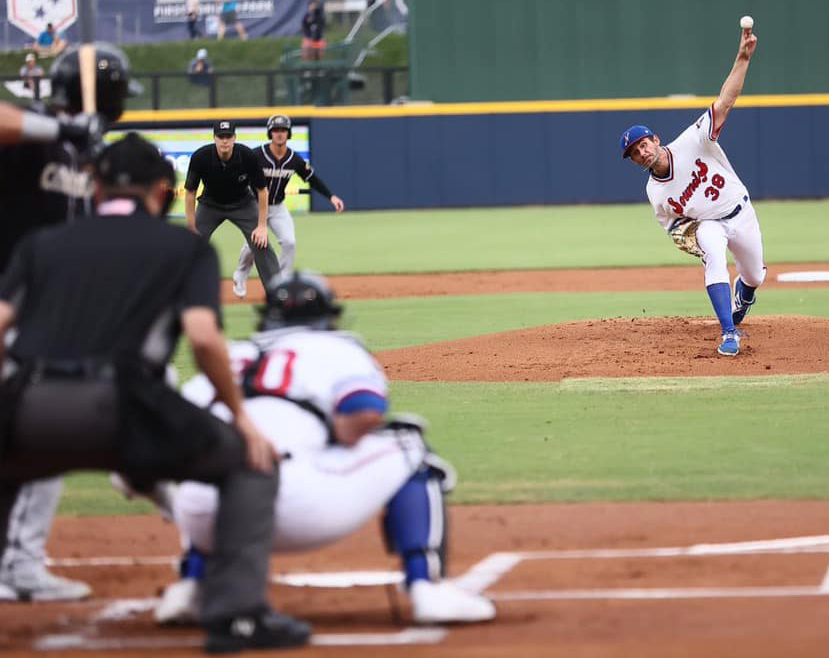 Ethan Small made his Triple-A debut for the Nashville Sounds on Thursday, June 24, 2021.
Photo Submitted / The Lexington Progress

An announcement by the Milwaukee Brewers’ organization came on Tuesday, June 22, 2021, that has a major impact on the life of a native of Lexington, Tennessee. Ethan Small is a left-handed minor-league pitcher for the Brewers. He recently was promoted from Double-A Biloxi to Triple-A Nashville. Ethan is considered the #4 prospect in the entire Milwaukee Brewers’ organization. This is Small’s first promotion to the Triple-A level.

While in Biloxi, Ethan participated in eight outings with the team. He was 2-2, with a 1.97 ERA, and collected 67 strikeouts over 41 and a third innings pitched. He led the Double-A South in strikeouts with those collected and ranked fourth in ERA, while coming in ranked fifth in innings pitched.

Small was a former standout for the Mississippi State Bulldogs baseball program, which was one school of the eight that made it to Omaha, Nebraska this year for the 2021 NCAA Men’s Baseball College World Series. Small also pitched for Lexington High School, here in Lexington, Tennessee, as a teenager while he attended school in his high school years.

In June of this year, Small recorded a 0.37 ERA in his four starts for the Biloxi Shuckers and struck out 40 batters. In two appearances he would go on to record…