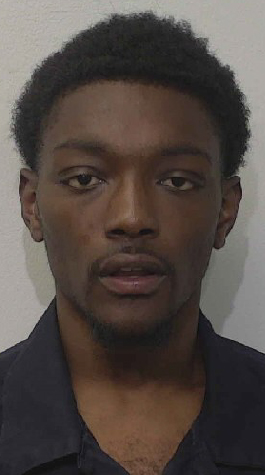 Antonio Pitts was arrested in Madison County on Sunday, June 27, 2021. He is suspected of robbing the McDonalds in Parkers Crossroads at exit 108.
Photo Submitted / The Lexington Progress

According to a report released by Captain Tracey Grisham, the suspect who robbed the McDonald’s at Parkers Crossroads on Sunday, June 27, 2021, was arrested that afternoon in Madison County and is on hold in Jackson, Tennessee.

According to the report Antonio Corvelle Pitts, age 20 of Huntsville, Alabama, was alleged to have been armed with a shotgun, made his order in the drive thru line, then demanded cash, and reached through the window and took the money drawer, which contained $270.46.

A video taken by a customer was provided to Deputy Wheeler D. Mosley of the Henderson County Sheriff’s Department, which verified the incident, which occurred around 2:30 p.m. There were no injuries during the robbery, and information was submitted to Investigator Crownover. There is also a store video that…