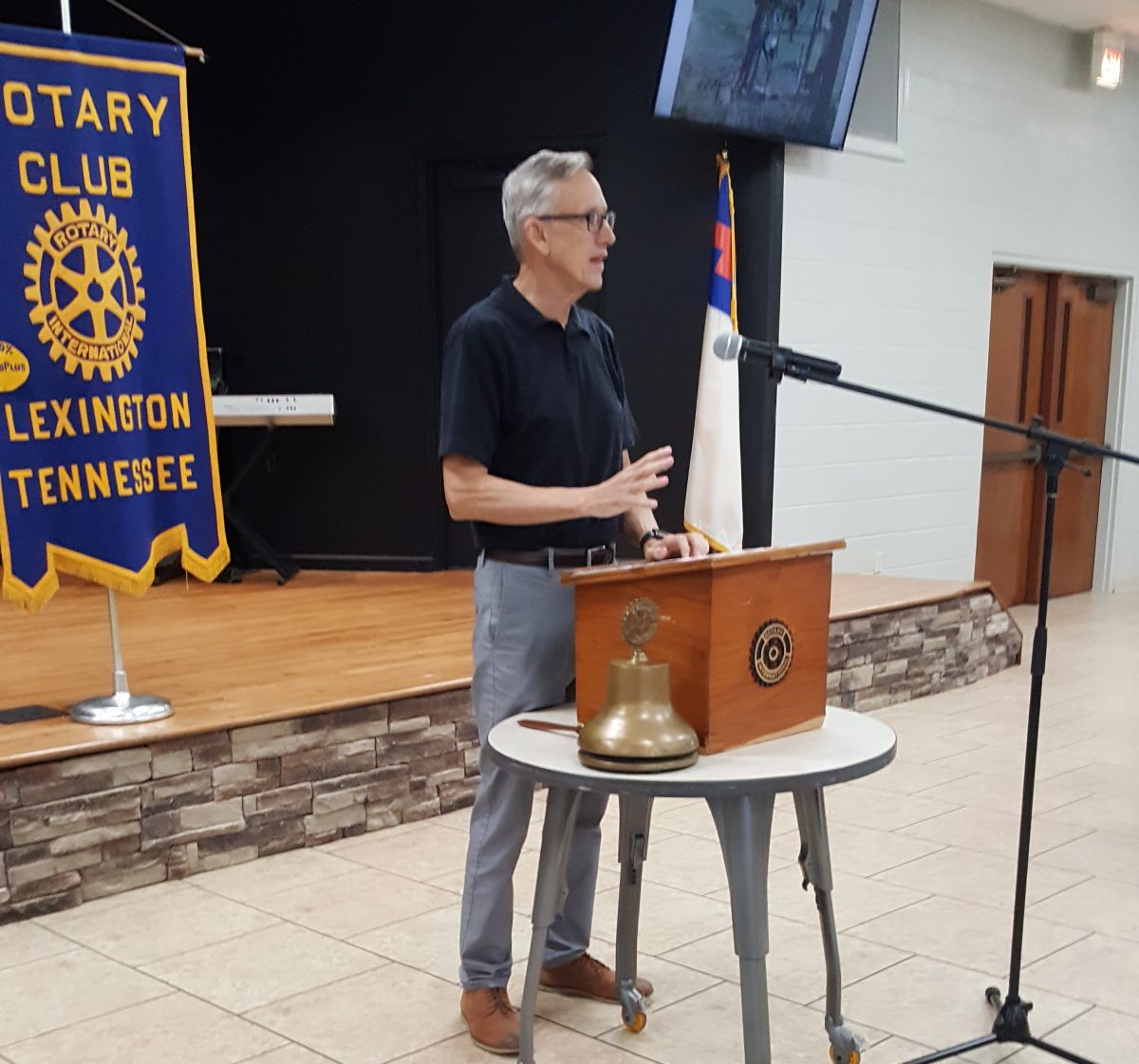 The special guest speaker for the June 22, 2021, Lexington Rotary Club meeting was Dr. Bob Hull, who serves as the Director of Music for the First Baptist Church, Lexington. Bro. Bob spoke about a mission trip that he made to India. India has the second largest population, but smaller land mass wise than the United States. The average income is about $1,500.00, and many people live on less than $2.00 a day.

Pollution is bad, and society in India still uses the caste system, and although the government discourages it, you still find it prevalent. The most popular sport in India is cricket, which came from it being a former British colony. Most of the country is either Hindu, Buddhist, or Muslim, and there are only just small numbers of Christians.

Bro. Bob received literature for years from the Joshua Project which talks about places where it has been difficult to share the Gospel, and India is one of the least reached areas. He met a friend of Dr. Hallmark who was concentrating on getting groups for India. Bro. Bob became interested in connecting with one of the groups that serve India and then found an area with a particular need. It took 29 hours to fly there and is in a part of the country near Bangladesh.

Bro. Bob said that they enjoyed the Indian cuisine while in the city but had ask for the dishes to not be as spicy as ordinarily served. “It wasn’t Southern cooking, but it was good!” he said with a smile.

They drove for an hour and a half, and then a dirt path to a corrugated tin church that had no pews. This was the First Baptist Church Bengali- Bengali being one of the dialects spoken. The residents were drilling a well by hand.
They drove to another spot, which was also an hour away, “and the traffic there was nerve-wracking…they drive on the British side of the road,” he laughed, “and…

For the complete article, see the June 23rd edition of The Lexington Progress.