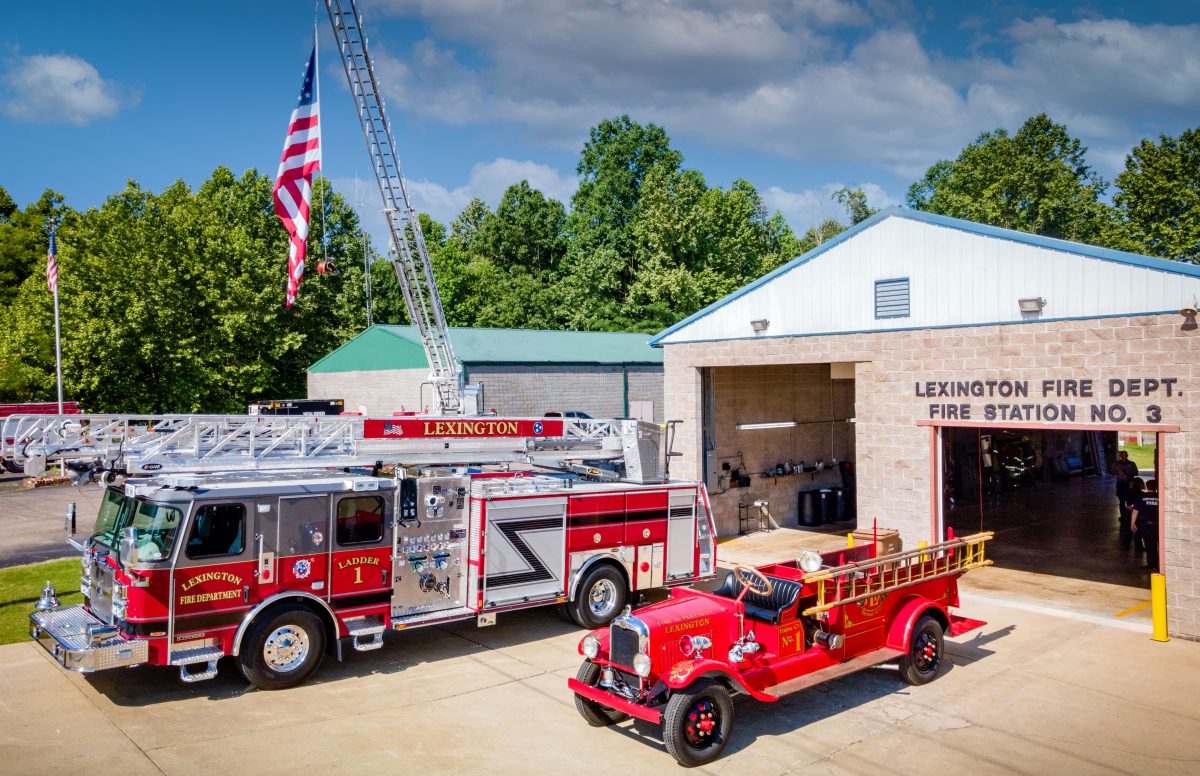 Monday, June 14, 2021, was Flag Day, and members of the Lexington Fire Department, along with city officials, met at Lexington Fire Station #3 near Tractor Supply for two special ceremonies.

The first ceremony was the retirement of Ladder Truck #1, which has seen about 25 years of service. The ladder of the truck was fully extended with a it’s large U.S. flag draped from the cable, and held stationary with the traditional fireman’s helmet. Next to it was the 1933 Lexington Fire Truck, which was brought out for the occasion.

Lexington Mayor Jeff Griggs thanked the crowd for attending and pointed towards old Ladder #1, saying, “We love our national flag, and we love the Lord, and we need to keep honoring both.”

“The Lexington Fire Department has come a long, long way over the years, and often struggled with budget concerns,” said Mayor Griggs, and complemented the department on the hard work involved in achieving top certifications and for the board of aldermen who have worked both smart and hard to create the sound financial standing that has been able to fund the improvements for the Lexington Fire Department.

Lexington Fire Chief Doug Acred then talked about the two ceremonies, as Assistance Chief Jon Maness moved to retire old Ladder #1 from service. The retirement of a fire vehicle officially takes place when Dispatch is informed. “Ladder #1, we thank you for your service,” the dispatcher replied, and received the commission from Assistant Chief Maness that the new…

For complete coverage, see the June 16th edition of The Lexington Progress.