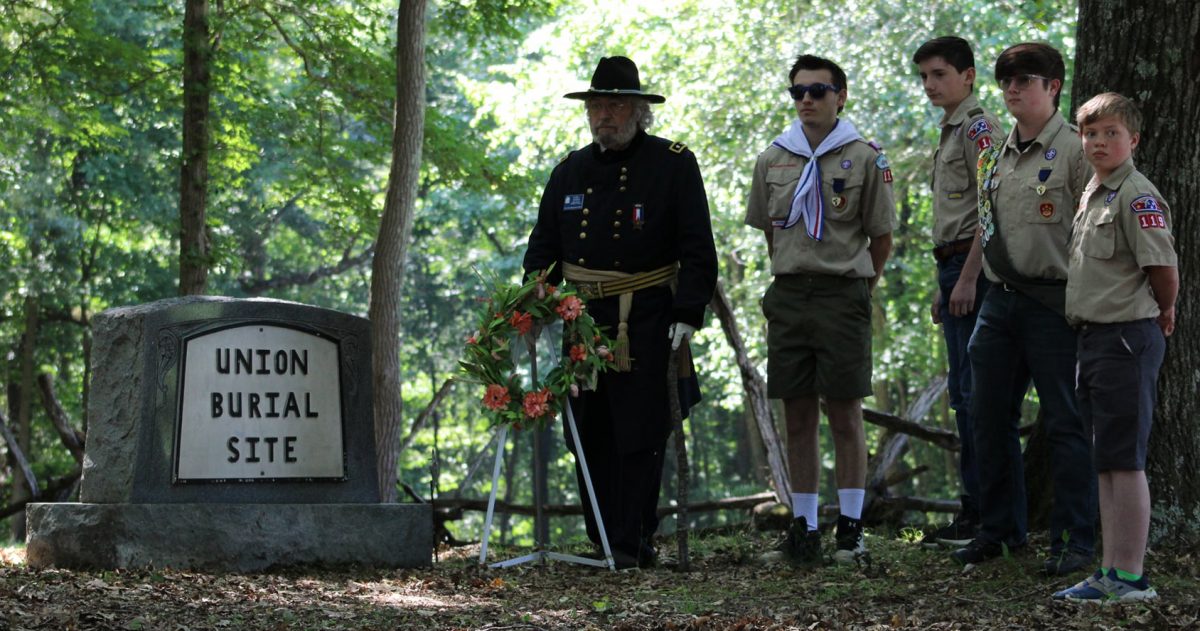 A special Memorial Day service near the Union Burial Site was held at 10:00 a.m. on Monday, May 31. 2021.
Photo Submitted / The Lexington Progress

The Battle of Parkers Crossroads took place on December 31, 1862, where Gen. Nathan Bedford Forrest and his men found themselves caught between Union forces commanded by Jeremiah Sullivan and Cyrus Dunham. The Confederates were able to withdraw after Forrest’s famous command to “Charge both ways,” and ending the First West Tennessee Campaign.

Some of the Union casualties were buried on the battlefield, and in 1867, these men were removed to the National Cemetery in Corinth, Mississippi.

In 1993, in a search for the Union burial site, which is now Tour Stop 7, the remains of a soldier who had been missed by the 1867 removal were found, as well as evidence of the other graves.

At 10:00 a.m., on Monday, May 31, 2021, there was a special Memorial Day service near the Union burial site, with a 21-gun salute from Huggins Battery, Civil War re-enactors, the Veterans Honor Guard at Parkers Crossroads, and American Legion Post #286, Parkers Crossroads.

Col. Donald Johnson posted the MIA flag, with a wreath laying ceremony by the Scouts, assisted by Dr. Clyde Getman who represented the Sons of Union Veterans, and…