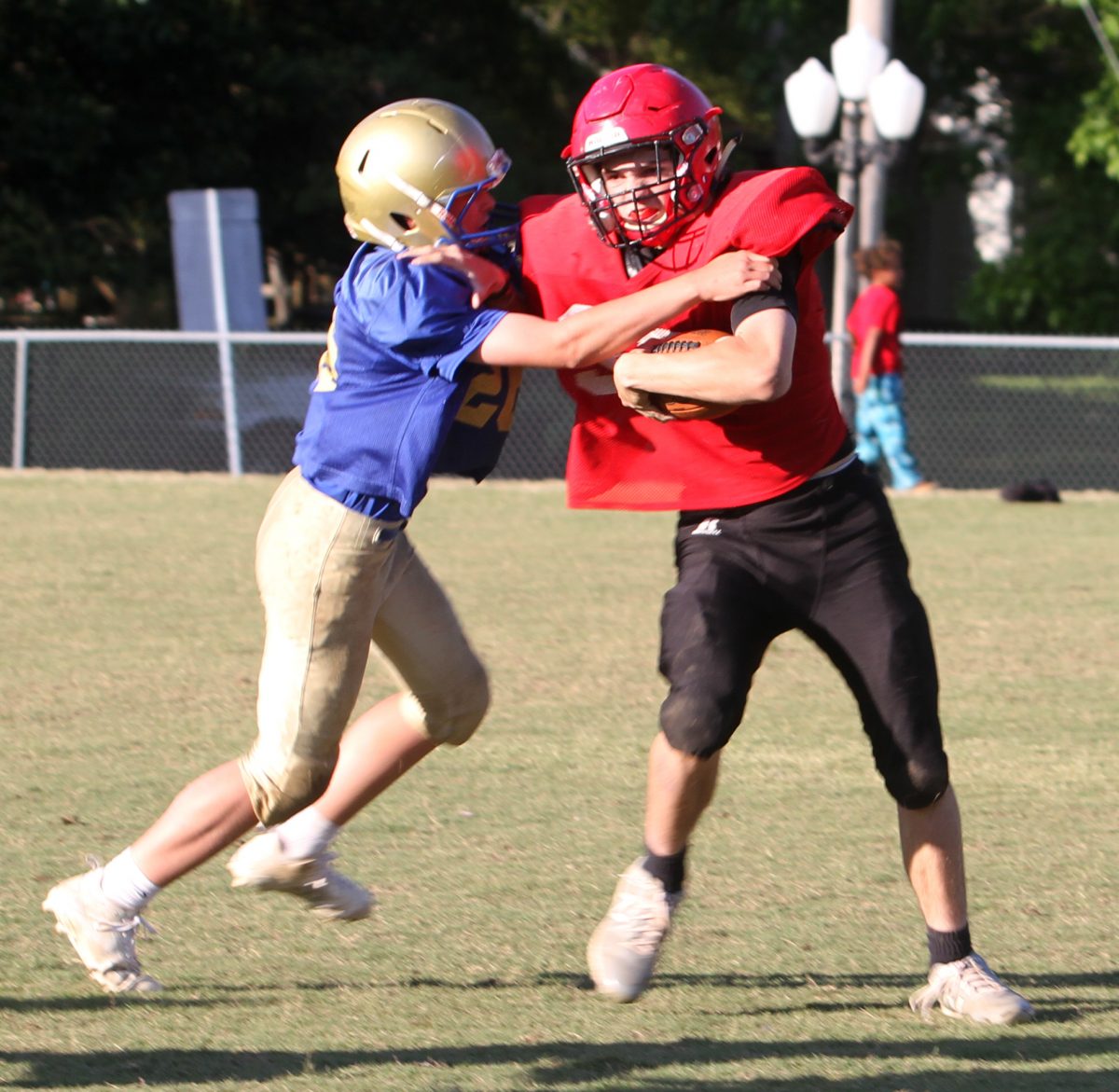 The Lexington Middle School Minutemen football team is readying themselves for an upcoming season that should bring plenty of excitement along with it. The Minutemen have been hard at work in the offseason with conditioning workouts and getting familiar with the playbook that is being installed for the upcoming season. This will be the 11th season of leading the Minutemen for Brad Wallace, who is the head football coach.

The team started conditioning the first week of March this year. The Minutemen have worked hard and pushed their teammates to get better at each and every practice. Leaders were stepping up and taking charge and that was something that the head coach was pleased with seeing during the early season workouts. The team will be looking to see the progress carry over into the summer practices and into the fall season.

LMS will have many returning starters on both sides of the ball. The outgoing class from last year’s 8th graders was a bit small, so the team had a lot of younger players seeing action last season. That only helped the players going into this upcoming season pick up where they had left off.

The Minutemen traveled to Huntingdon, Tennessee last Thursday, May 13, 2021 to participate in a scrimmage against…