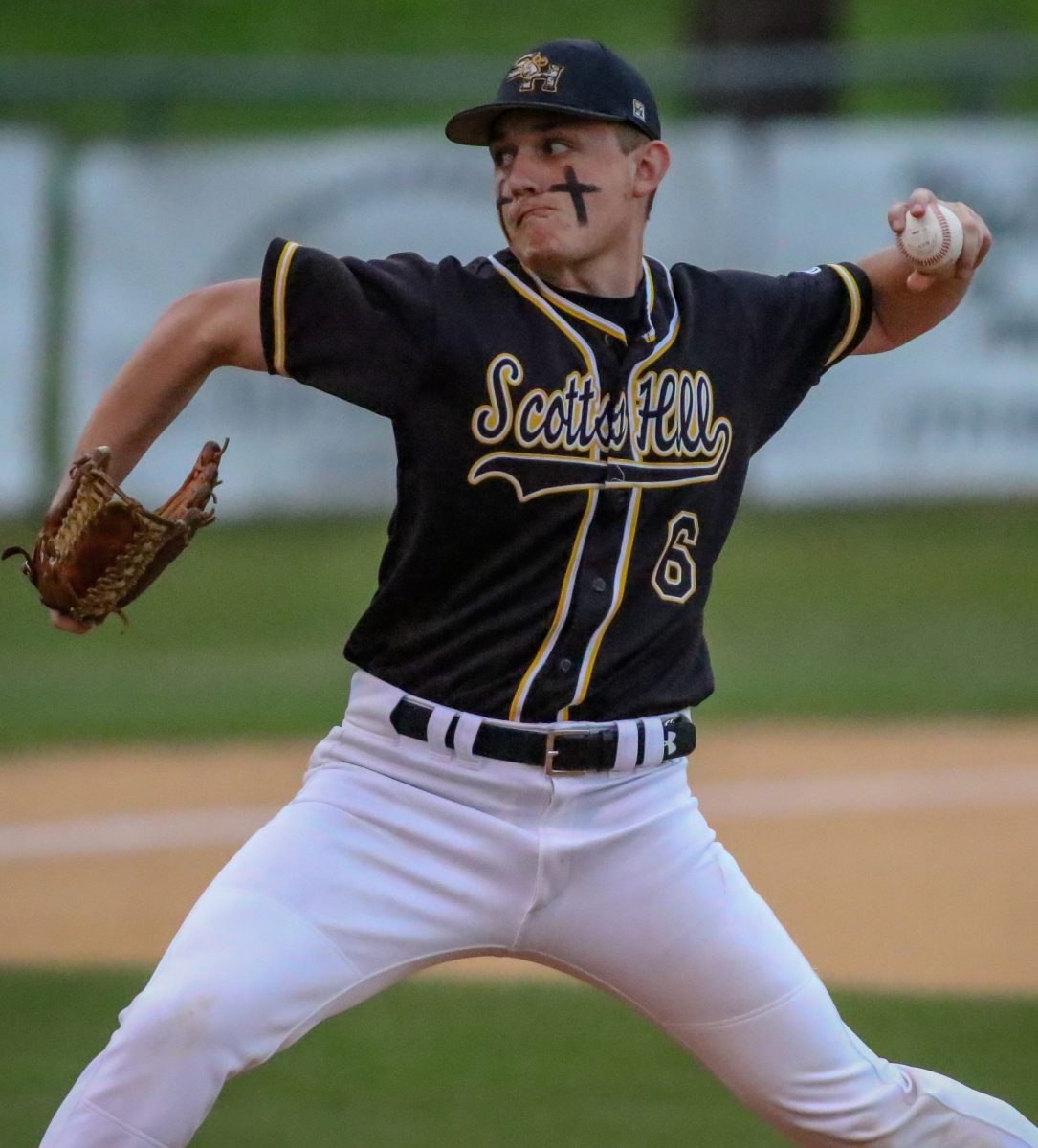 The Scotts Hill Lions baseball team was back in action last Tuesday evening, May 11. The Lions would travel to Riverside High School to take on Adamsville for a spot in the District 14-AA championship game. This would be a pitching duel as neither team would be able to score many runs in the game. In the end, it was Scotts Hill who would punch their ticket to the championship game with a win over Adamsville, 3-1.

Taking the mound for Scotts Hill High School on the night was Jacob Bailey. In this historic and very impressive outing, Bailey would only allow two hits and issued three walks. The phenomenal stat came in his 16 strikeouts that he recorded. He would only allow a single run on his way to claiming the victory for the Lions in this game.

In the low scoring affair, the Lions would plate their three runs in the bottom of the second inning while keeping Adamsville scoreless until the top of the seventh inning when the Cardinals would plate a single run. This would be the only scoring that occurred throughout the entire game.

The hits were held to a minimum by both teams as there was great pitching on both sides in this game. Scotts Hill was led at the plate by Jack Beecham who went 1 for 2 in the contest. Beecham would reach safely on a…