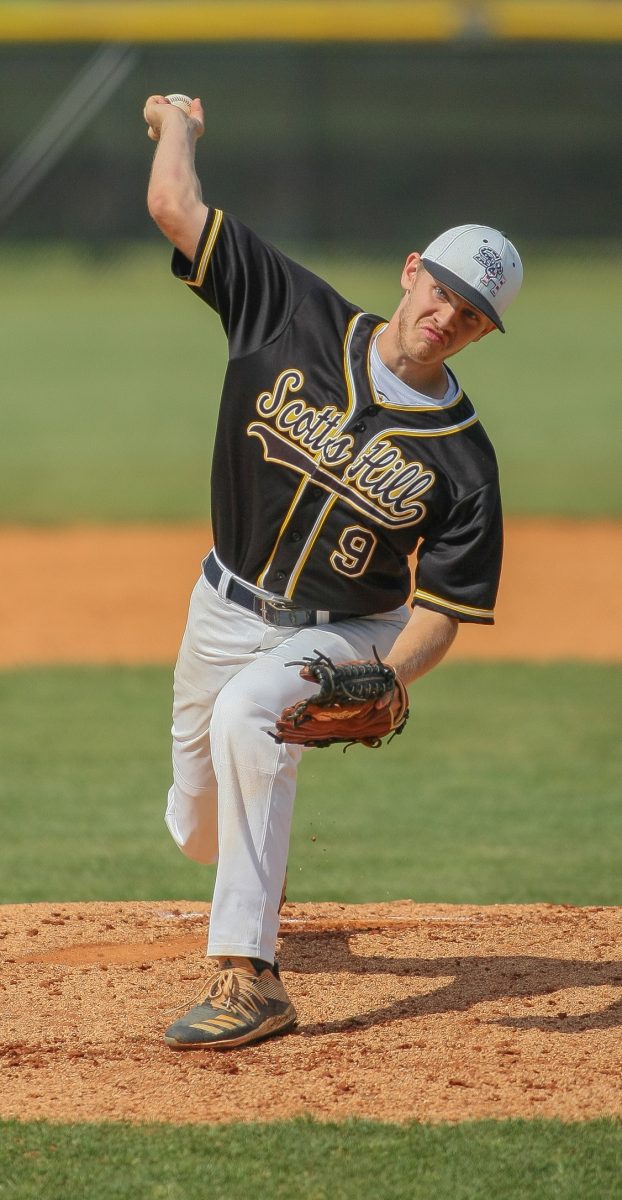 Coming off a win over Chester County, the Scotts Hill Lions baseball team would take on the South Side Hawks on their home turf on Saturday, May 8, 2021. The Lions had an exceptional performance in this game, due to some phenomenal pitching by Bryce Allard. Allard would toss a no-hitter against the Hawks as Scotts Hill would cruise to their second consecutive victory in the District 14-AA tournament. Scotts Hill won by a final score of 5-0.

Scotts Hill would have their bats going in this game, as they collected eight hits against the South Side Hawks. Leading the Lions at the plate was Ripken Clenny. He would go 2 for 4 with two singles and collected an RBI. Jacob Bailey, Bryce Allard, Kyle Carter, and Colton Bailey would each go 1 for 2 in the win. All four players would hit singles in the game, respectively. Kyle Carter would collect two RBIs in the game for Scotts Hill. Riley Jowers went 1 for 3 at the plate for the Lions. He reached safely on a single. Myles Maness would round out the hitting for Scotts Hill by going 1 for 4 in the win. Maness reached on a single and collected an RBI.