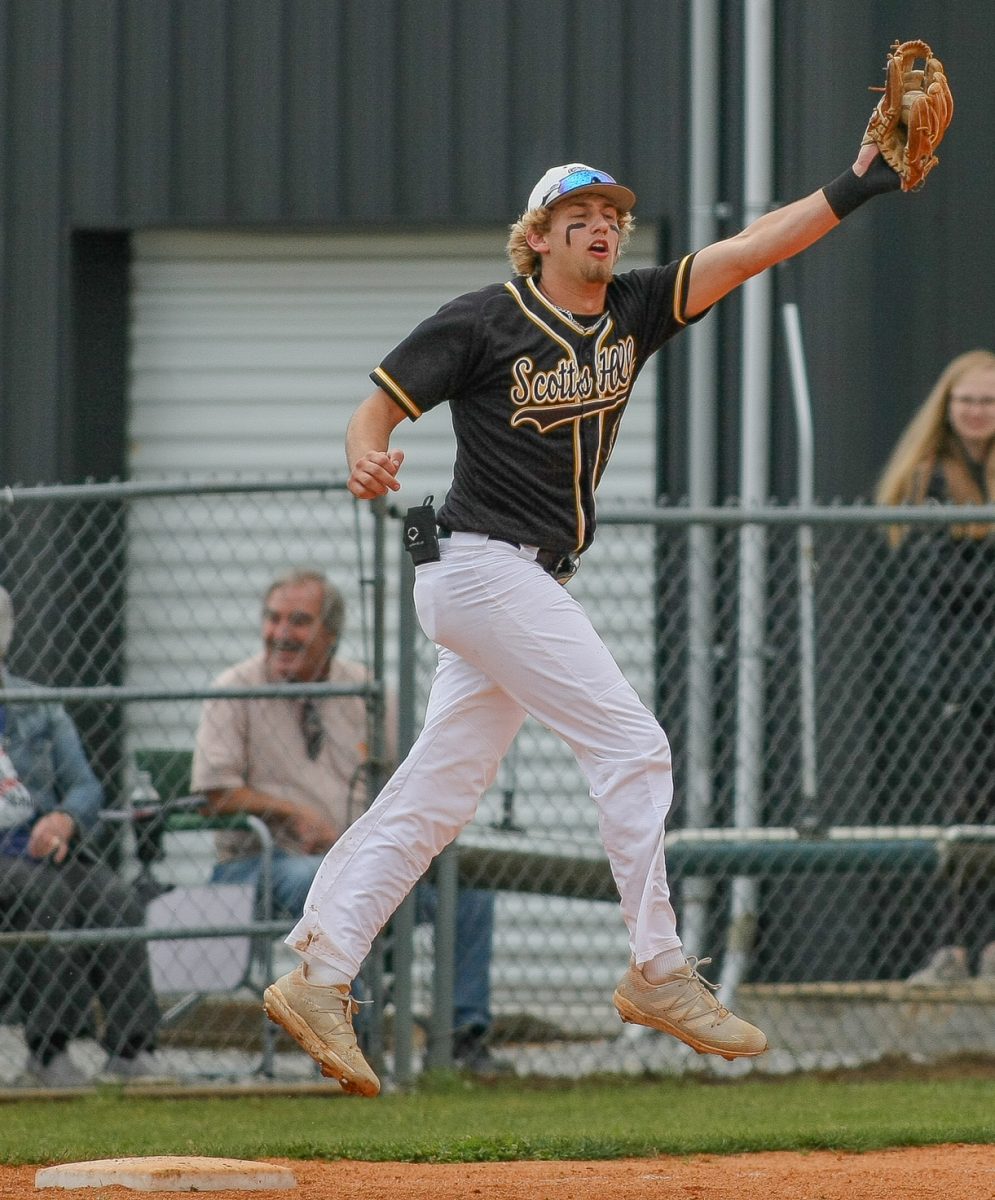 In their first game of the District 14-AA baseball tournament, the Scotts Hill Lions did not disappoint their fans that were in attendance. The Lions came into the game with a strong mindset and wanted to take care of business in their first game of tournament play. With outstanding pitching and hot bats, the Lions were able to do just that. Scotts Hill wouldn’t allow a single run to be scored against them and went on to win the game in convincing fashion, 10-0.

The bats were definitely hot for the Lions in this game. Scotts Hill combined for 13 hits in the win. Myles Maness would lead the Lions, going 3 for 4. Maness would reach safely all three times via singles. Jacob Bailey went..