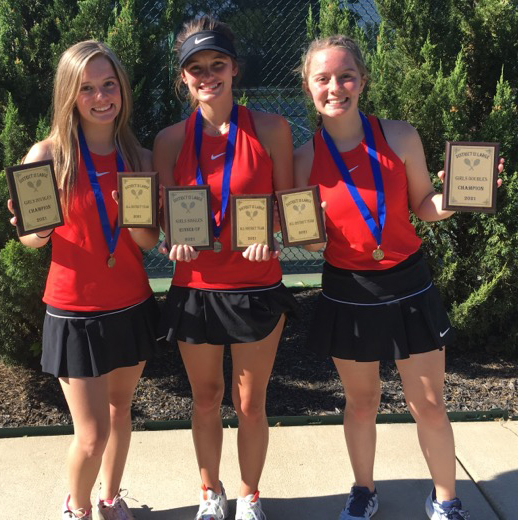 The Lexington Tigers tennis program had great success in this year’s district tournament, with strong play and leadership by their seniors. The team’s season ended with the boys finishing 3rd overall and the girls finishing runner-up to Chester County in the team district tournament on Monday and Wednesday of last week.