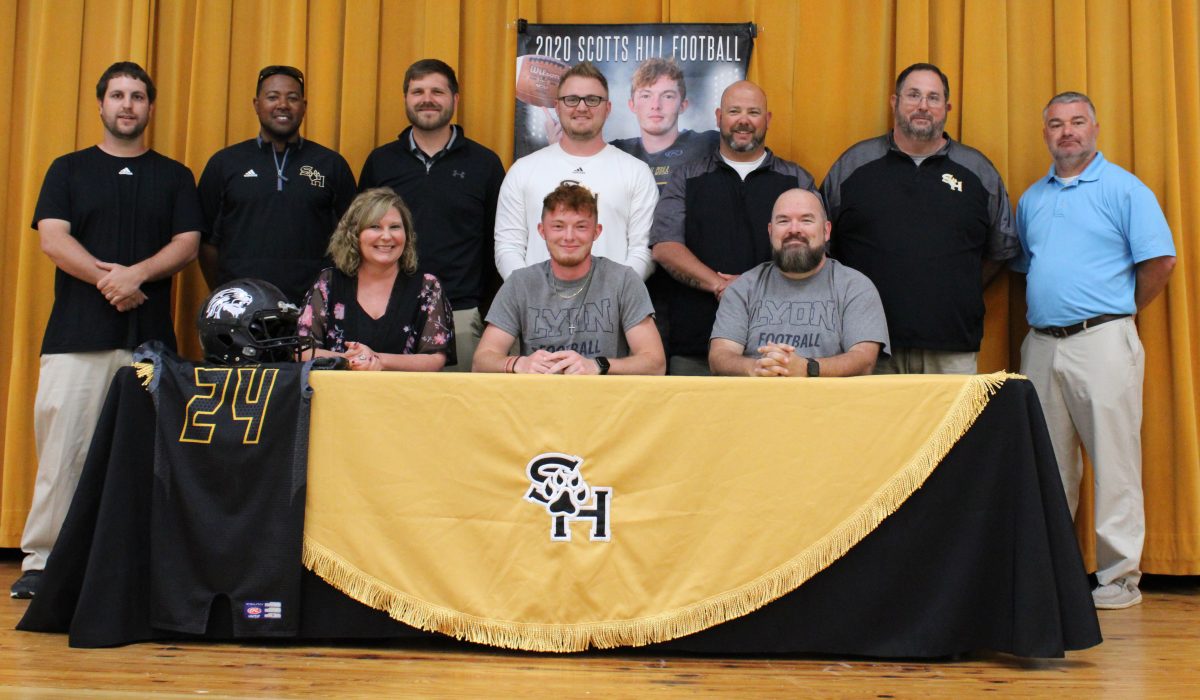 Last Wednesday, April 28, 2021, the highlights and accolades that were achieved throughout a high school football career paid off for one Scotts Hill High School student-athlete. Alex Moore, the former starting running back for the Scotts Hill Lions football team, signed his official paperwork to become part of the Lyon College football team.

The Scots are part of the NAIA and a member of the Sooner Athletic Conference. Lyon College is located in Batesville, Arkansas and was founded in 1872. Lyon College is also the oldest independent college in the state of Arkansas.

Alex Moore was a four-year member of the Scotts Hill Lions Football program. His career stats for the Lions included 183 carries for 892 total rushing yards. Alex had eight career touchdowns for Scotts Hill in his career and a total of 58 career tackles. Those included 31 solo tackles and 27 assisted tackles as a Lion.

In getting a chance to retrieve some thoughts and words from Alex, he was asked a few questions about his time and what he will be looking forward to as he moves into another phase of football.

He looked back on his time with Scotts Hill football and in sharing with us what he would take from that moving onto Lyon College, Moore shared, “I will use the “never say never” attitude that Scotts Hill football installed in me. That attitude engraved itself in my mind and always keeps me pushing forward through adversity.”

I then asked about advice and what his would be to give younger folks in the game. Moored said he would tell them that if you wanted something in life to never give up on it. He thinks most kids think if they’re not…