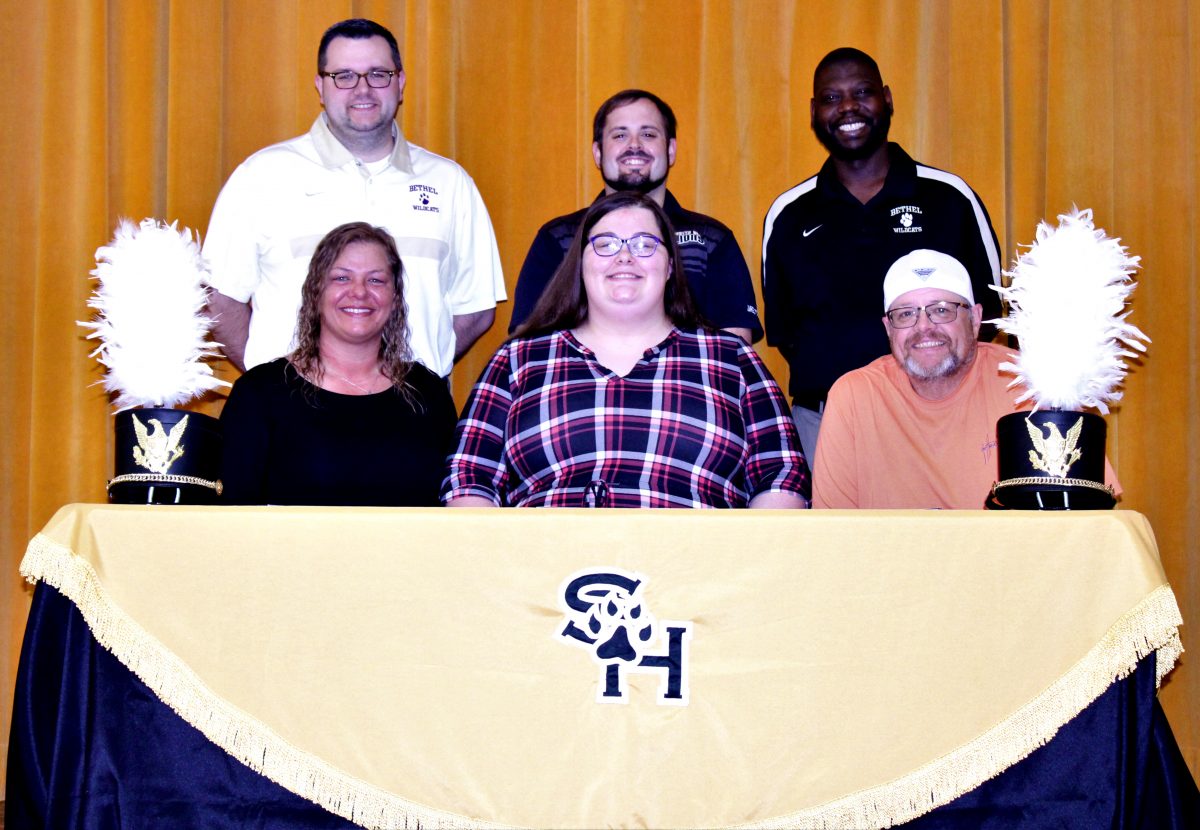 Kylie Stone signed her official scholarship paperwork to become a member of the Bethel University Band on Friday, April 30, 2021.
Photo by: Linda Comer / The Lexington Progress

On Friday, April 30, 2021 a member of the Scotts Hill High School band achieved her dream that she had worked so hard for. Kylie Stone took to the stage with her family and band coaches by her side to sign her paperwork to become an official member of the Bethel University band program.

Kylie was all smiles as she sat with her parents on each side of her and put ink to paper in signing her scholarship. She will head to Bethel University this upcoming fall to start her new journey with the Wildcats.

She played the tuba and would sometimes play the trombone as a member of the Scotts Hill High School band.
Band gave Kylie something to focus on as it helped her through some difficult times in her life, she would share at her signing ceremony.

She will be playing the same instruments at Bethel as she did for the Lions. Stone said that Bethel University “has been very open about recruiting band members and they had shown up a lot for her during her time with Scotts Hill High School. It just meant a lot to me as a person in them doing so.”

Kylie would say that the band program at SHHS was like a family atmosphere and she would miss the people associated with that the most when she heads to McKenzie, Tennessee to start at Bethel University.

“It meant a lot to me when I learned that I would be receiving a scholarship to Bethel. Now, I won’t have to worry about the…