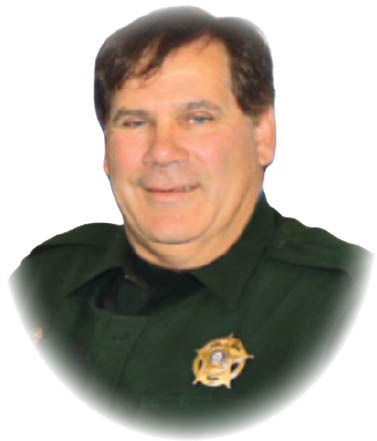 Madison County Sheriff Deputy Terry Dyer, originally from Lexington, Tennessee, was honored by law enforcement and laid to rest at the Lexington Cemetery on April 25, 2021.
Photo Submitted / The Lexington Progress

There were grieving hearts amid the honors paid by law enforcement and others during the Sunday afternoon services for Madison County Deputy Terry Dyer at the Lexington Cemetery on April 25, 2021.

Dyer passed away while on duty at the Madison County Courthouse on Tuesday April 20th. Several shared their thoughts and memories about Dyer on their social media pages. Michael Harper said that “A Madison County Deputy died today on duty in uniform. I may be wrong, but it wasn’t on the local news. This man spent most of his life serving and protecting the public. I knew him over 35 years and I know he died doing what he loved. When it went bad every officer working felt better knowing he was there. No words can say how much I loved and respected him. Rest in peace Terry Dyer. You served like very few have.”

While at a courthouse event on Monday, April 26th, both Lexington Mayor Jeff Griggs and Henderson County Mayor Eddie Bray shared stories about their former friend and…