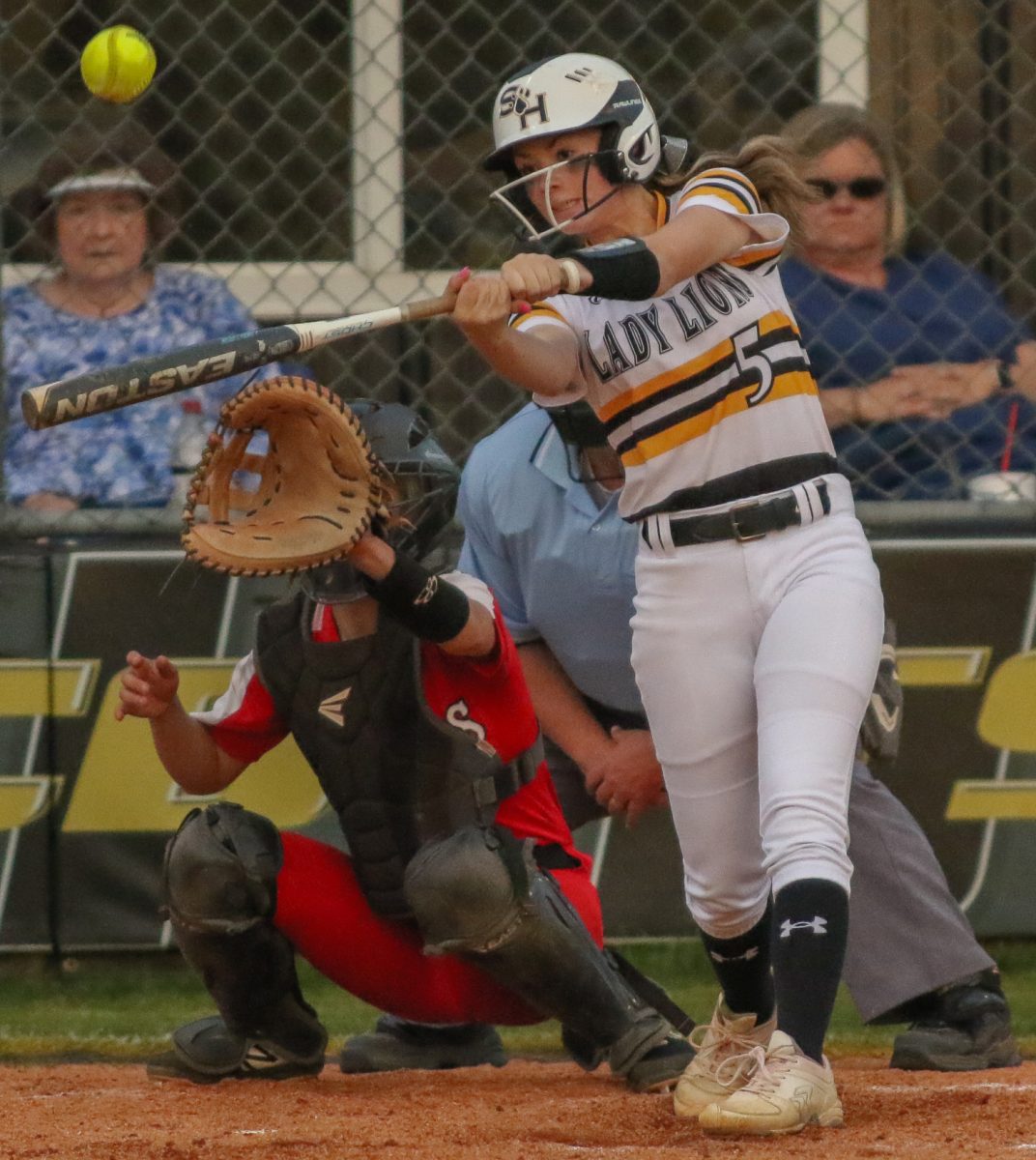 Last Monday, April 19, the Scotts Hill Lady Lions Softball team gave their fans one memory that wont soon be forgotten. Scotts Hill had welcomed the Riverside Lady Panthers to town and what a showdown it would be. Trailing by four runs, going into the last inning, the Lady Lions had their backs against the wall but were determined to come out with what it took to win the game. After tying the game in the bottom of the seventh inning, Scotts Hill completed the comeback and Karley Bedwell’s walk-off single in the eighth inning secured the victory. The Lady Lions would win, 9-8.

Riverside got on the board first with a run scored in the top of the first inning. Scotts Hill scored one run in each the second and third inning before allowing Riverside to score five runs in the fifth inning. The Lady Lions plated four runs in the bottom of the seventh inning to tie the game and send it to extra innings. After allowing the Lady Panthers to score two runs in the top of the eighth, Scotts Hill plated three runs, including the game winning single, to take the victory over Riverside.

Sydney Coffman earned the victory in the circle for Scotts Hill Lady Lions. The righty went three and a third innings, allowing two runs on three hits, striking out one and walking one. Selena Williams started the game for Scotts Hill and pitched four and two-third innings. She allowed ten hits, while walking two and…