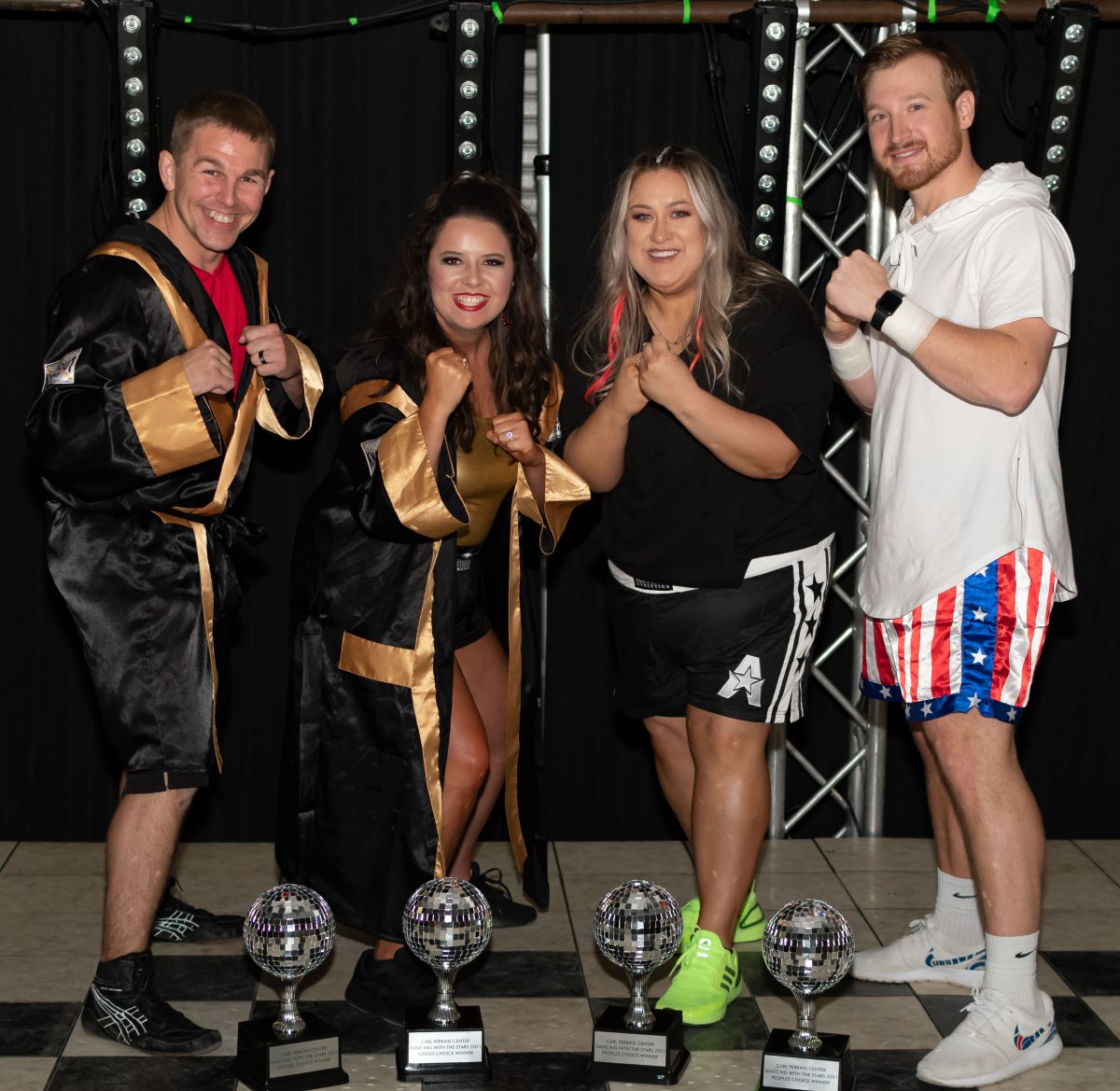 The Henderson County Carl Perkins Center hosted their annual Dancing With The Stars Gala at the Decatur County Fairgrounds on Saturday, April 24, 2021.
Photo by: Jared James / The Lexington Progress

The Henderson County Carl Perkins Center for the Prevention of Child Abuse held another successful Dancing with the Stars event. The site was held at the Decatur County Fairgrounds this year on Saturday, April 24, 2021. The attendance has increased with each event and has outgrown each of the venues used in Henderson County.

Judges for this year’s event were Michael Harper, Madison Olive Tilton, and Catreacse Parker, with David Small and Brooke James serving as Master of Ceremonies.

Kayla Scott and Payton Anderson received the People’s Choice Award, and the Judge’s Choice went to Cody and Mariah Moore.

Karen Gordon, this year’s board president, said, ” Our Dancing with the Stars was a huge success! It was great to see our community come together for this event that we were so very blessed to have this year. A special thanks goes out to our donors, our amazing dancers for making the night fun and entertaining, choreographers, caterers, volunteers and…