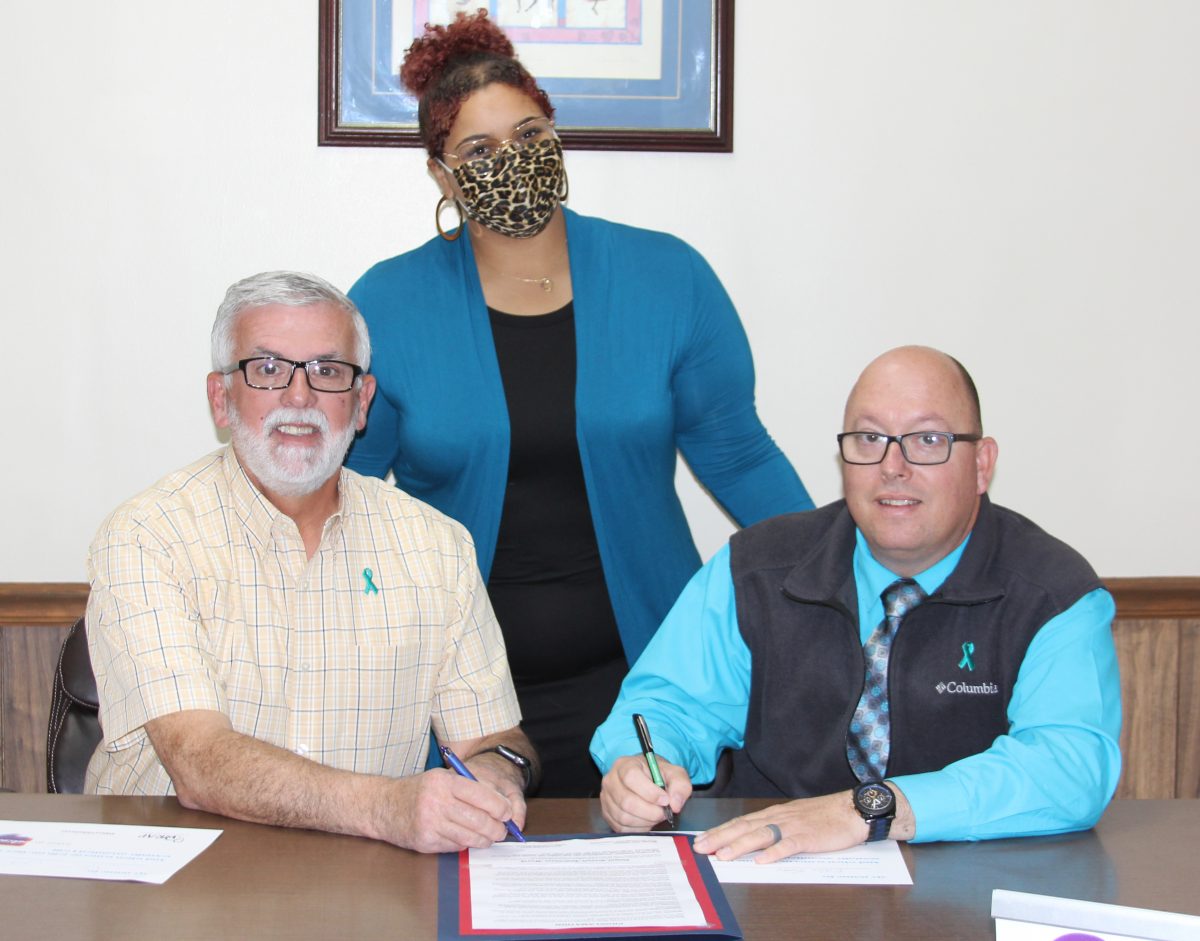 WRAP Advocate Danielle McHaney met with both the mayors on Monday, April 26, 2021 as they signed the proclamation, thanking them, along with the county and the city, for helping get out the message in the “Start by Believing Awareness Campaign.”