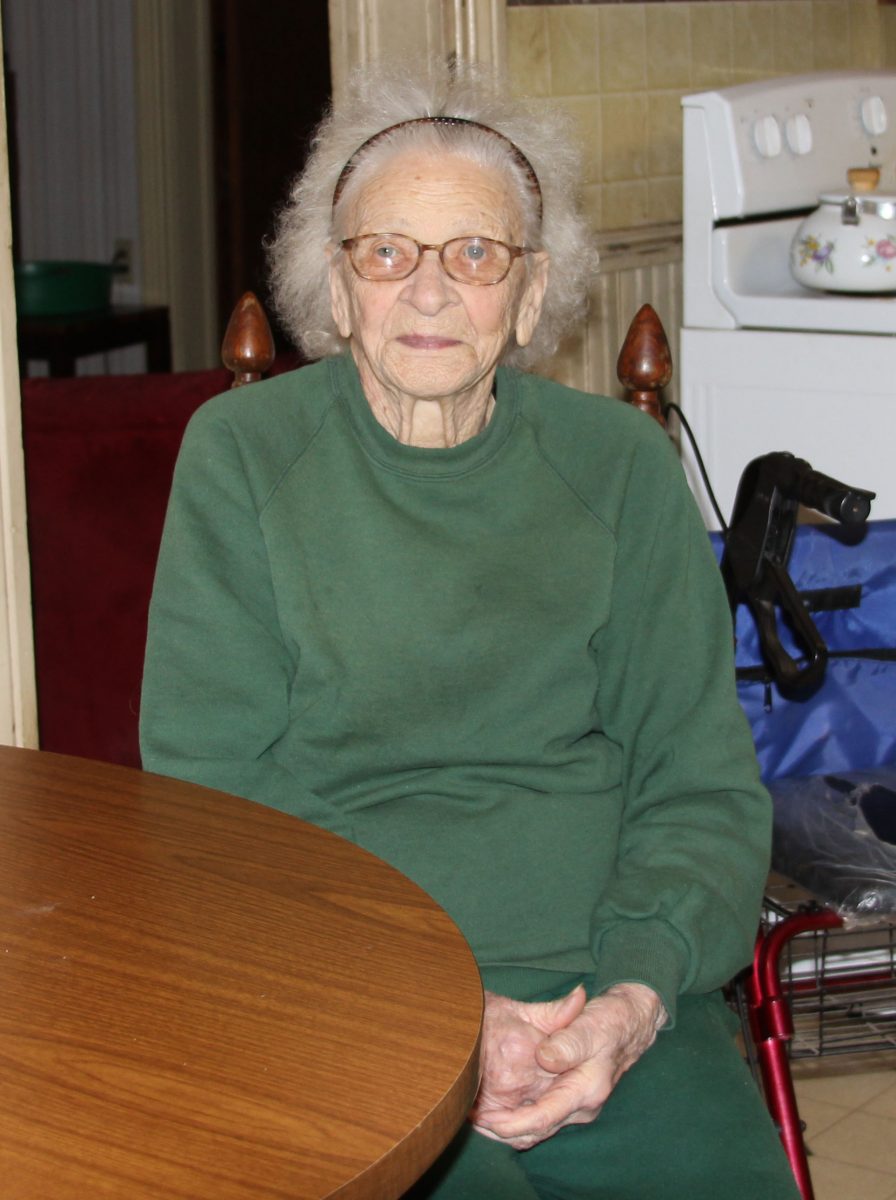 A photo of Ms. Juanita Wood, age 94, in her home located in the old downtown section of Juno.
Photo by: W. Clay Crook / The Lexington Progress

Juanita Wood has lived her 94 years in the old downtown section of Juno. Her home was built by Dr. W. F. Huntsman, the father of Dr. Cornelia Huntsman who practiced in Lexington into the 1960’s.

A 1939 article from The Lexington Progress had this to say about Dr. W. F. Huntsman. “Willis Franklin Huntsman was born in Scottsville, Ky., on February 9th, 1867; took his medical degree from the University of Tennessee; and very soon afterwards settled at Juno, where he practiced his profession for several years before moving to Lexington. During the Juno period, Dr. Huntsman bought the first automobile ever owned in Henderson County.”

“Dr. Cornelia Huntsman delivered all my children, and my first grandchild,” Juanita said. She went on to say that at one time Juno had four doctors: Dr. Woodall, Dr. Waller Sr., Dr. Waller Jr., and Dr. Huntsman.

“I was born in 1924, delivered by Dr. Woodall,” she recollected but doesn’t have a tip for her long, healthy life. “I guess I’ve been left around this long as a witness for the Lord,” she said. “Many folks nowadays don’t believe in prayer, but I have had a lot of them answered over the years. There were some hard times, but none of us ever went hungry. We always had a big garden, hogs, and beef. There was a place under the house where we could put sweet potatoes to keep. Momma canned everything and there was something we used to keep weevils out of the dried peas.”

This wasn’t the first time that she has been interviewed by The Lexington Progress. “Many years ago, we had a hen that died, leaving four chicks, and that old rooster of ours took them in and raised them. I’ve never heard of anything like that,” she said.

“There was a post office here when I was young, but it moved to Lexington. We had two mail routes. Jess Holmes ran the one towards Bargerton, and Charlie Hopper ran the post office, and Will Gardner ran the route towards Juno.” The first rural delivery routes started in 1893.

Wells and springs were important in the days before electricity, and there are still two old springs on her farm, which has been…