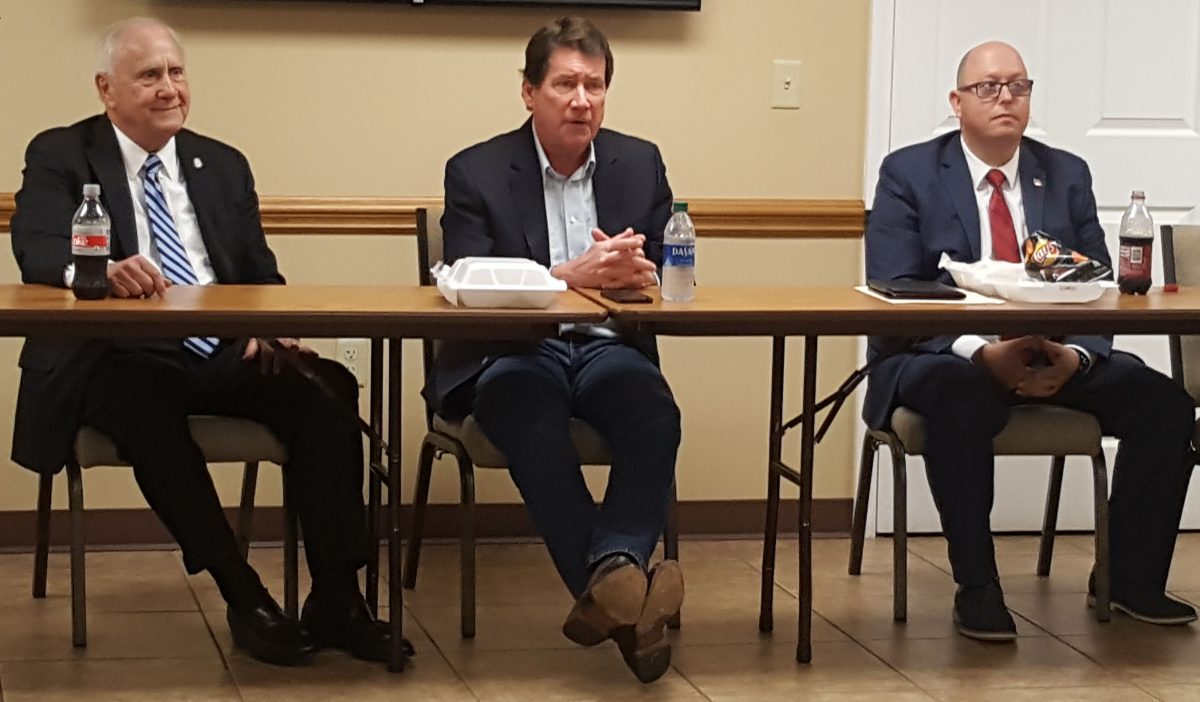 United States Senator Bill Hagerty was in Lexington on Thursday, April 8, 2021 for a special meeting with West Tennessee leadership in a roundtable discussion. They met at the Watson Center at noon, and gave The Lexington Progress the exclusive to cover the meeting.

Mayor Bray served as the master of ceremonies for the lunch meeting event. Seated with him was Senator Hagerty and Jim Henry, who leads the senator’s team in Nashville. Mayor Bray opened with having introductions from those attending.

One of the first questions asked was if the senator had encountered any tension with his Democratic Party counter parts. The senator said that he had been shocked by the lack of cordiality from across “the floor” and that it had become a substantial barrier to bipartisan efforts on legislation. “They have passed what they have without one single Republican vote.”

Senator Hagerty also the effect of some of the rapid executive orders. He explained that some of the measures that had been proving themselves effective when President Trump left office, like the border with Mexico, has been undone by the partisanship with dire results.

The setting was an informal question and answer session, “and the feedback I have received at these meetings is important to take back with me to Washington,” he said. Some questions concerned the stimulus plans, but many others were about the pending infrastructure legislation. “Many portions, like broadband, are important,” he said. “Your input will be invaluable when the legislation is discussed in…