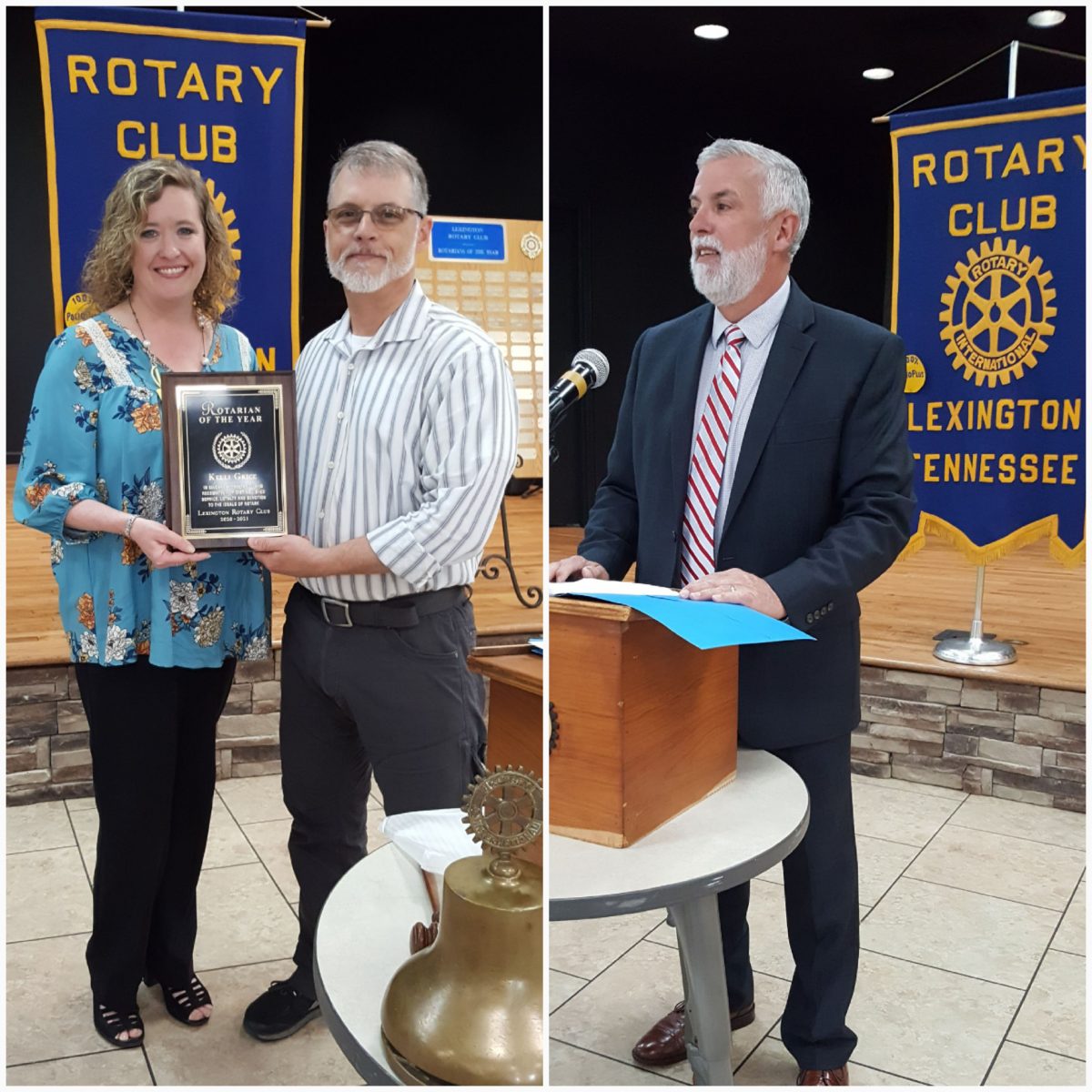 The special guest speaker for the April 13, 2021 Lexington Rotary Club meeting was Lexington Mayor Jeff Griggs, who delivered the annual “State of the City” address.

Before the address, Dr. Christopher Alexander recognized Kellie Grice as Rotarian of the Year for outstanding service to the organization, especially during the hardships of a pandemic year. David Watts also introduced Melissa Gilbert as the new Director of the Chamber of Commerce.

“It is a privilege to be the mayor of the City of Lexington,” said Mayor Griggs in his introduction, “and I strive every day to make life better for those of our city.” He introduced his board of aldermen, department heads, and city employees that were there in attendance. Mayor Griggs said that the team and employees for Lexington were critical to the success of the city.

“I can’t believe that I have served the city as mayor for four years now,” he said, and that each day brings a different challenge. “What we thought was going to be an inconvenience last March turned into a year of tragedy,” but the community, and the people who live here, made the best out of a bad year and “came together to help each other. We are all proud to be part of Lexington and Henderson County.” Essential workers, grocery store people, pharmacies, restaurants, long term caretakers, teachers, “everyone adapted to a constant changing landscape.” Some businesses thrived, but others struggled, and the mayor reiterated how important it is to support local businesses.

“The one thing that really bothered me the most was how do we keep our employees safe, but also continue to provide services. Those things just don’t happen,” he said, “our employees gave their best to keep the lights on, the water running, the streets clear and safe, and all the vital services that we need from day to day.” He credited both the employees in the field and the department heads for their dedication to the city.

“We learned during the pandemic that we need a drive through to pay for services at city hall,” and he thanked Jeff Lewis for providing a way for people to pay their bills on time. He becomes angry over the issue across the nation of defunding the police. Law enforcement in Lexington, he said, are more than just officers. They provided 241 funeral processions, 181 escorts to the bank, 81 window door checks, 395 animal calls, 361 welfare checks, over a 1,300 public assistance calls- from changing flat tire to rides, and 7,140 extra patrols, “the list shows our police department does more than just policing, along with a lower crime rate for the year. The rate is down because…