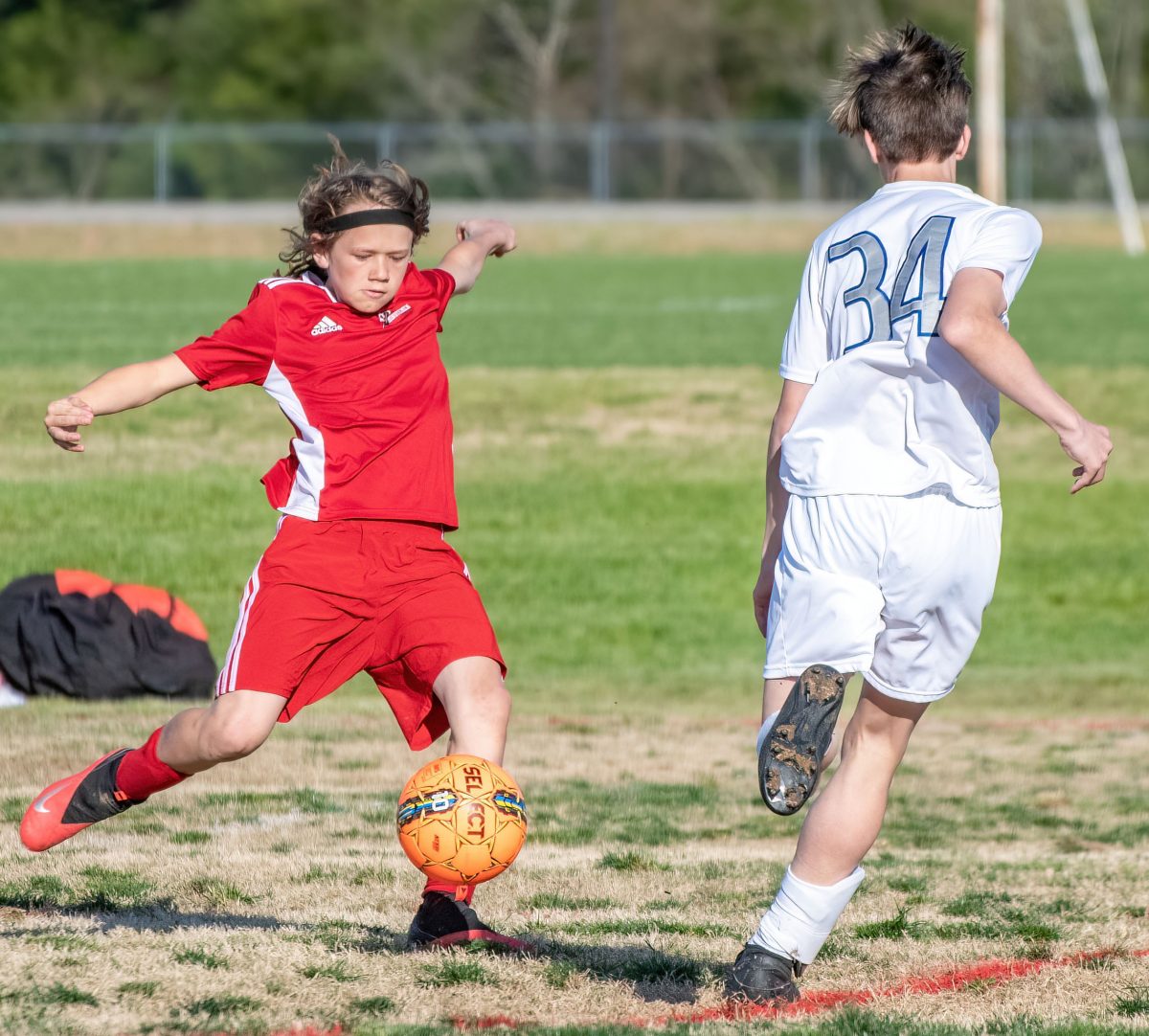 Despite some challenges with strong winds and field conditions, LMS Soccer pulled off another win for the Minutemen against Jackson Christian School on Thursday night, April 8, 2021. Lexington started off moving the ball well and kept it on the JCS half the majority of the time, but had a hard time finishing shots. The first goal of the game was awarded to Jackson Christian School when a corner kick was made by a JCS deflection off of one of the LMS players and into the goal. The boys did not let this mistake bring them down and played even harder to eventually tie the game with a well-placed penalty kick by Luke Doll. This brought the game to 1-1 at halftime.

With one adjustment, LMS came back in the second half determined to bring home a victory. Finally, Lexington’s second goal was scored with a well-placed corner kick by Adam Zukowski and spectacularly headed in by Luke Doll. Other Minutemen attempts on goal were made with two by Luke Doll and one each by Hayden Gorski, Tobiah Ware, Ethan Armstrong, and Ein Maness.

The Minutemen goalkeeper, Brayden Bailey, played his best game of the season with four impressive saves. Defensive steals were made by Caden Hayes, with two, and one each by Hayden Gorski, Luke Doll, Ryan Goff, Dalton McDaniel, and Ethan Armstrong. Head Coach, Wendy Overcast, stated, “I am so proud of this year’s team and…