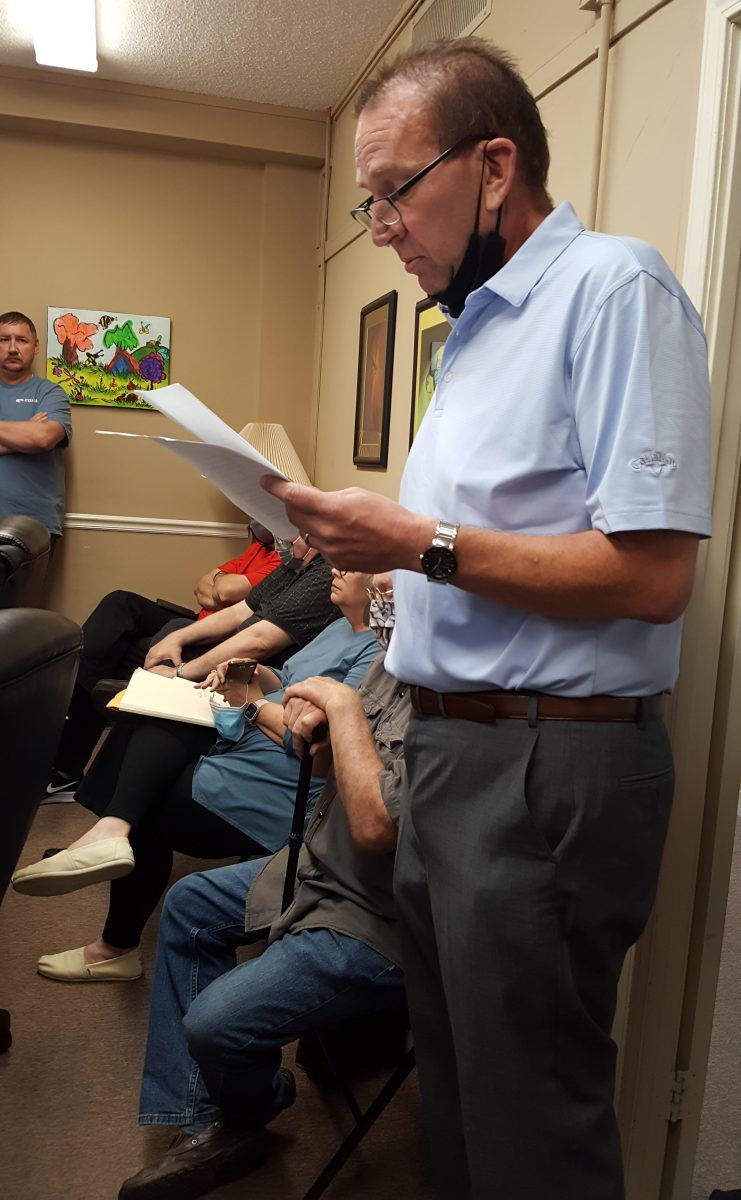 The Henderson County School Board met on Thursday evening, April 8, 2021. The session was attended by over seventy guests. Chairman Tommy Gordon thanked the guests for their attendance and said that any guest who had asked to be on the agenda would have three minutes to address the board.

The only guest who had asked to be on the agenda was Mr. Jeff Wilson of Lexington, who wished to speak on behalf of former LHS Coach Keith Runyon. As he was the only guest on the agenda, Gordon allowed a little more time for the presentation.

Wilson presented several comments and recommendations from students, athletes, and parents, and gave an overview of Runyon’s coaching career at LHS. Runyon’s head coaching position for LHS basketball, according to the presentation, ended on March 11, 2021 to allow the athletic program to move in a different direction. Runyon is still in a teaching position at LHS.

Some barriers mentioned during 2020 were impediments due to COVID-19 restrictions and the loss of a key player due to injury. Wilson ended his presentation with a request to reconsider and re-instate Runyon.

In other business, the board approved updated school policies, and moved the next meeting date to…

For the complete article, see the April 14th edition of The Lexington Progress.