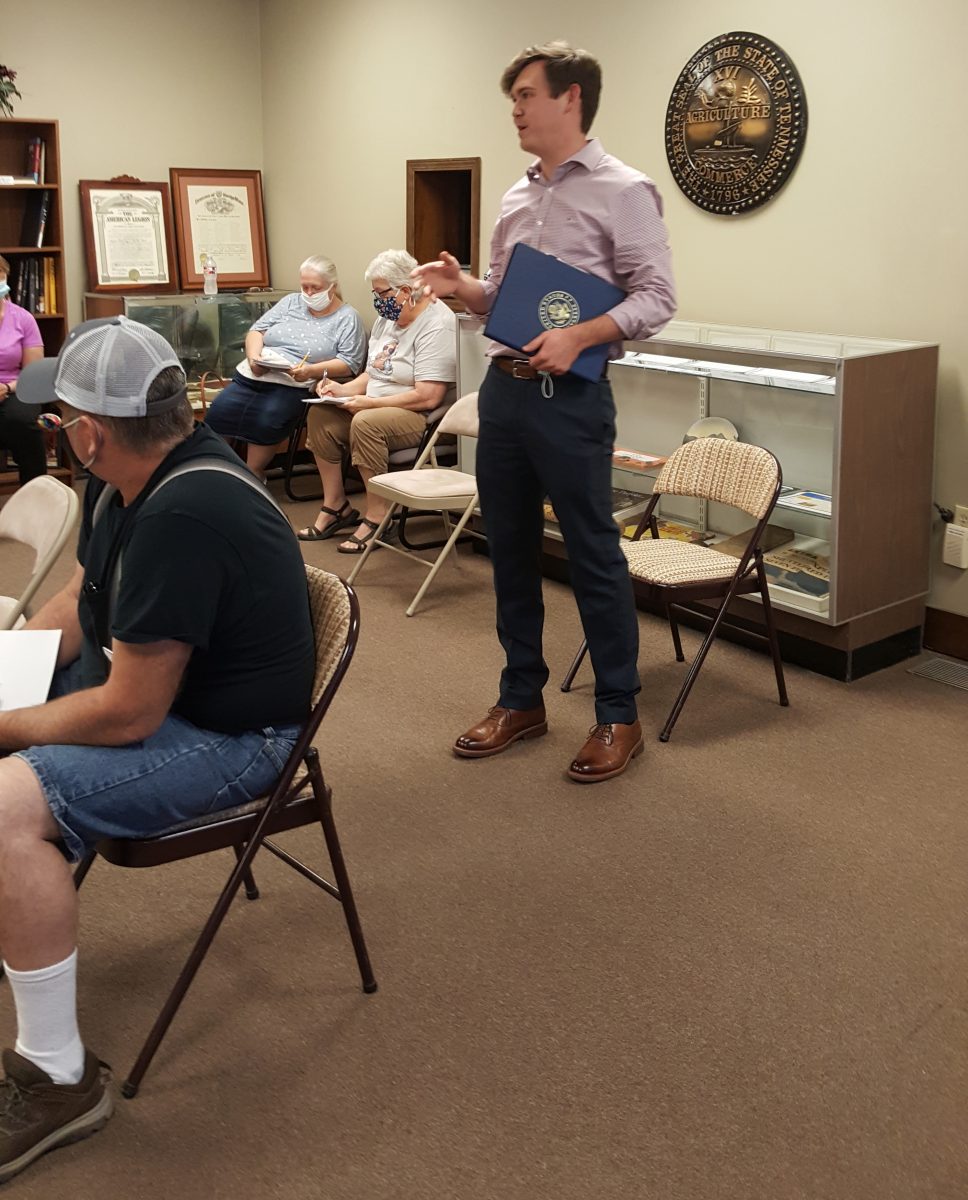 The Mayor and Board of Aldermen for Scotts Hill met in regular session on Monday evening, April 5, 2021 with COVID-19 social distancing and precautions in place.

General Manager Clayton Armstrong said that the recent tornado resulted in fractures along a thirty-foot section of water line. Lightning had struck a tree near the line in the Middleburg area and travelled along the root system and into the line. Crews, he said, worked hard to make the repairs and restore service. Mayor Parrish also mentioned that the new siren system could be heard as far away as the Ebenezer Church area.

Scotts Hill Police Chief David Alexander said that all of the new vehicles are in use, but there may be an issue with fuel that contains ethanol. Fire Department Chief Adam Smith said that he is still researching for a newer vehicle for the department.

On grants, Mayor Parrish said that the Recreational Trails grant had been bid out, and presented information on the bid from United Way Haulers to provide curbside solid waste collection. The projected monthly cost would be about…