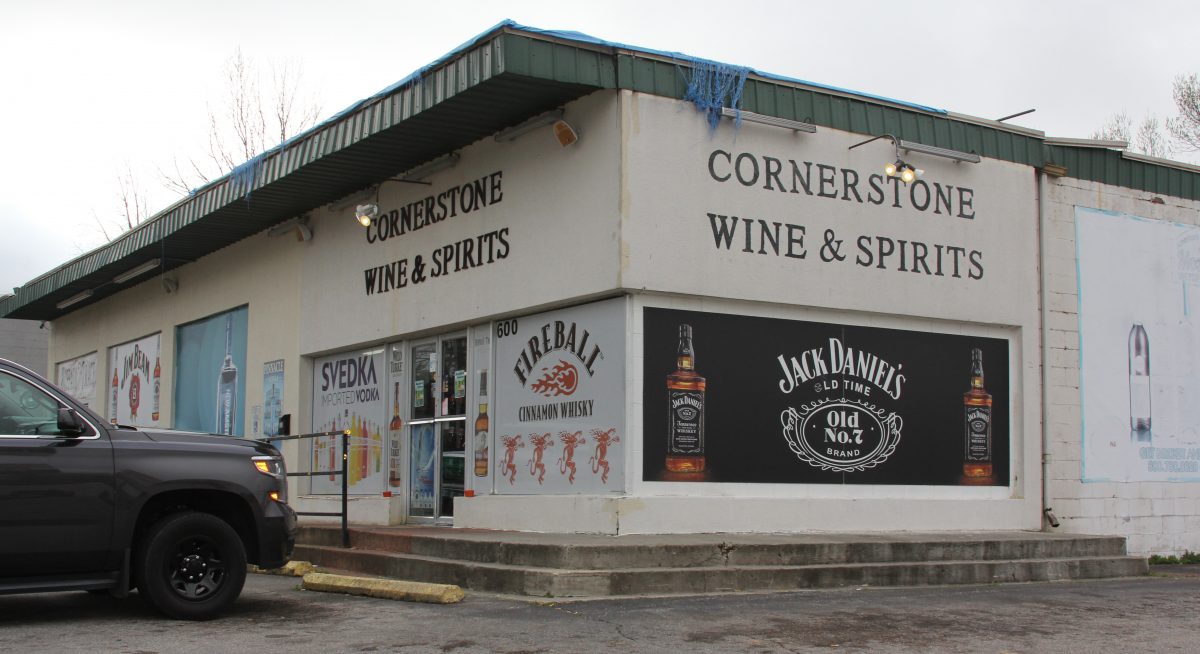 A string of break-ins occurring at local businesses on Wednesday, March 24, could be tied to suspects who committed similar crimes in Madison County recently.
Photo by: W. Clay Crook / The Lexington Progress

A series of early Wednesday morning, March 24, 2021 break-ins and robberies in Lexington and Henderson County are believed to be the same suspects as those in the Jackson and Madison County area. The incidents began around 3:00 a.m. with alarms at Johnny’s Eastside Liquors and Cornerstone Liquors, both located on East Church Street, then on to Gorski’s Market on Highway 412 West, and in to the Jackson area, where several more establishments were hit.

Captain Jeff Middleton, with the Lexington Police Department, said that officers responded around 3:00 a.m. to alarms that had sounded at both Johnny’s Eastside and Cornerstone. “We are still investigating and inventorying what may have been taken at those two establishments,” Middleton said. Middleton indicated that the suspects may have been in and out of both businesses in less than a minute each.

At 3:07 a.m. an alarm sounded at Gorski’s and THP Trooper Tracy Tyler responded, telling the Henderson County Sheriff’s Department, who was already assisting LPD, that the front door had been pried open. Henderson County Sheriff Brian Duke said that they have some video footage from Gorski’s of masked suspects, and also feels that the break-in was related to the Lexington and Madison County incidents. Captain Middleton said that LPD is working with the video footage from…