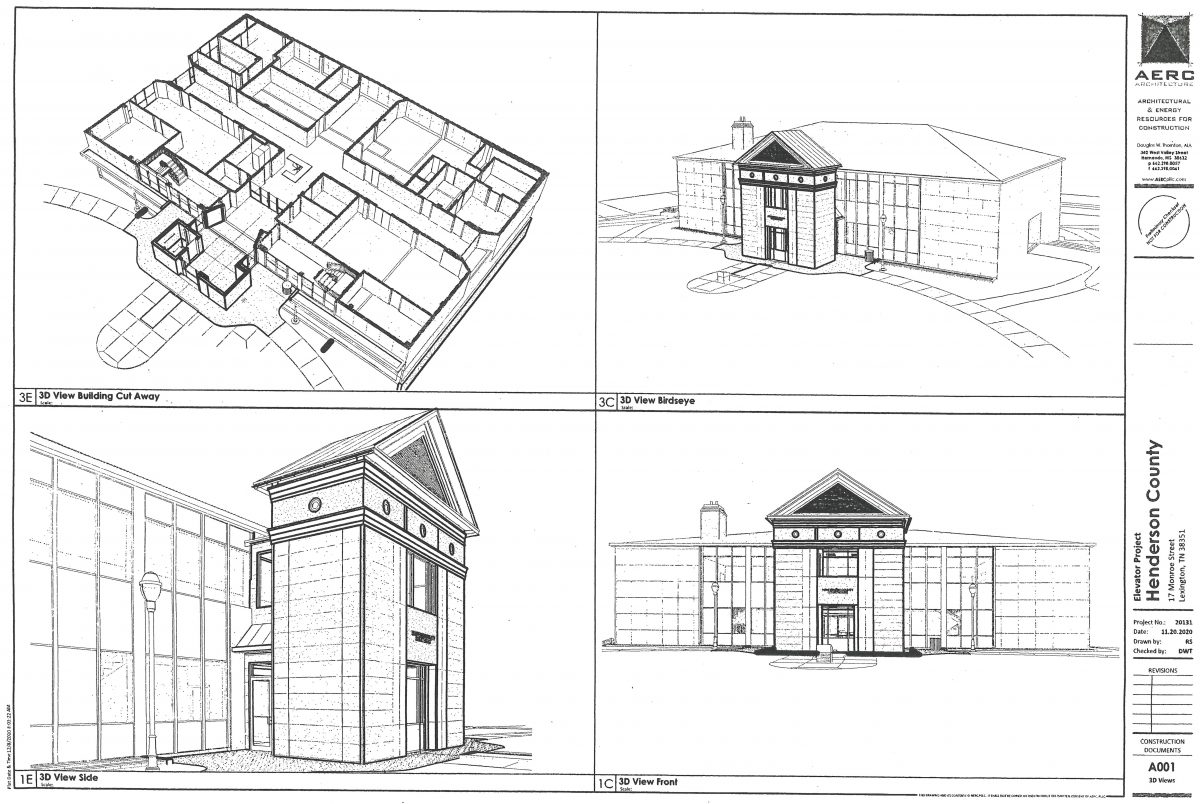 Drawings show how the new ADA compliant elevator project will look once completed at the Henderson County Courthouse.
Photo Submitted / The Lexington Progress

There were no transfers, and the commission approved a resolution to refinance the 2012 and 2015 bonds with no extension of the debt. The refinancing will save approximately $280,000.00 and could leave Henderson County debt free in about ten years. Helms Motor Company was the winning bidder for the new vehicles for the Henderson County Sheriff’s Department and Sheriff Brian Duke said that some of the vehicles to be replaced would be submitted later for surplus.

The commission also approved the low bid of $676,848.00 by Barger Construction for the new elevator project at the courthouse. The ADA elevator will be built on the outside of the north entrance, facing Church Street, and will serve the first and second floors. The old elevator will be maintained for staff to be able to use the basement, but not for public use, as there are no…