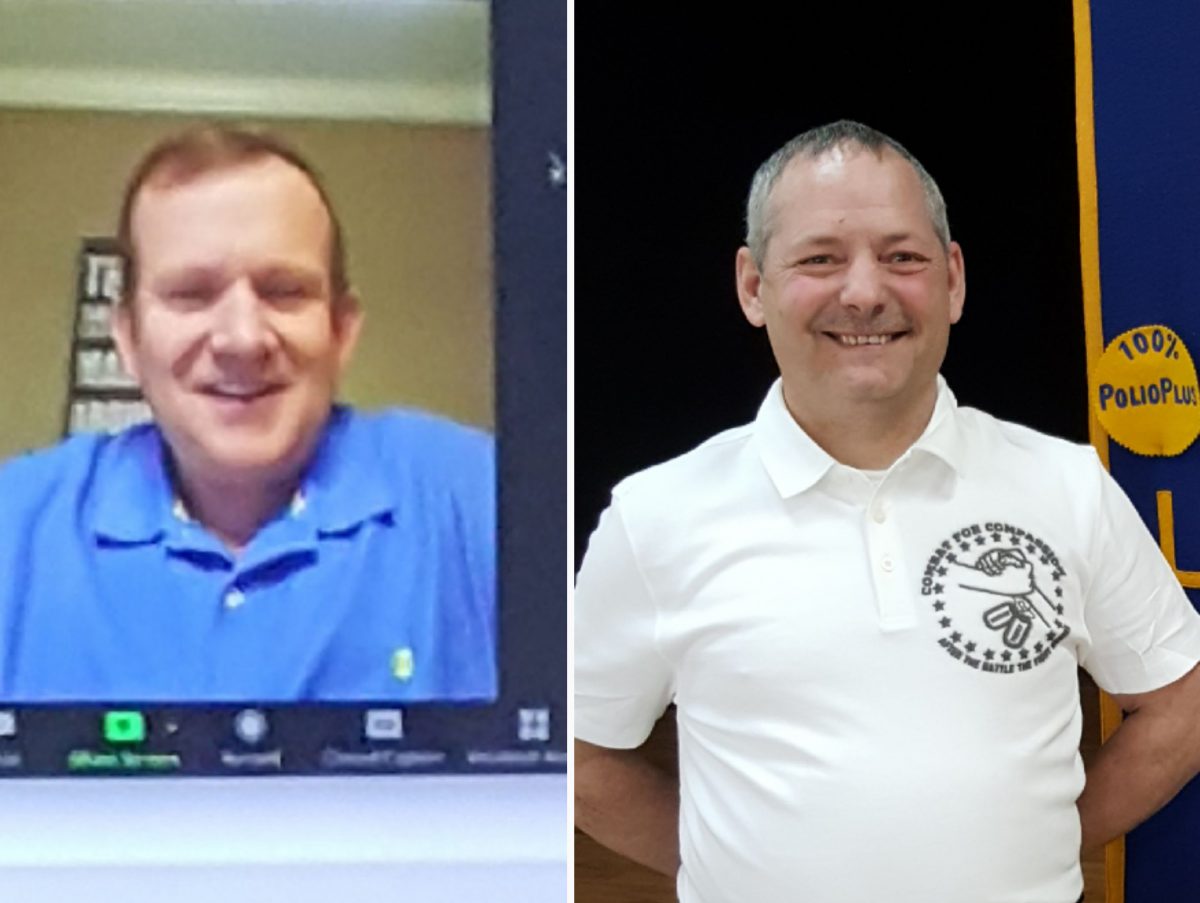 The special guest speakers for the March 9, 2021 meeting of the Lexington Rotary Club were Sparky Fields and Ritchie Hays from Combat for Compassion organization. Fields, who is the president, participated by Zoom conference, followed by Hays, who serves as the vice-president / chairman.

Combat for Compassion is an all-volunteer non-profit organization. It came about from a close friend in Lexington, Jessie Thurston, who was a suicide loss from PTSD. The mission is to provide and connect families with resources. “We lost Jessie on July 4, 2019, and we held his memorial on July 11, 2019.” Coins are often left on his tombstone, tokens left by other veterans who have visited his memorial. In reminiscing about Jessie, several of the men who served with him thought especially about the two wonderful children he left behind.

In November 2019, during a meeting at Jitters, someone had heard them talking about Jessie and his children, and left the name, Combat for Compassion, on a napkin. “I wept,” Fields said, “it was a God gifted moment,” and they started the legal process and raised over $3,000.00 with t-shirt sales and carwashes and later a barbeque. “There was tremendous outpouring,” said Fields and met others who…

For complete coverage, see the March 10th edition of The Lexington Progress.