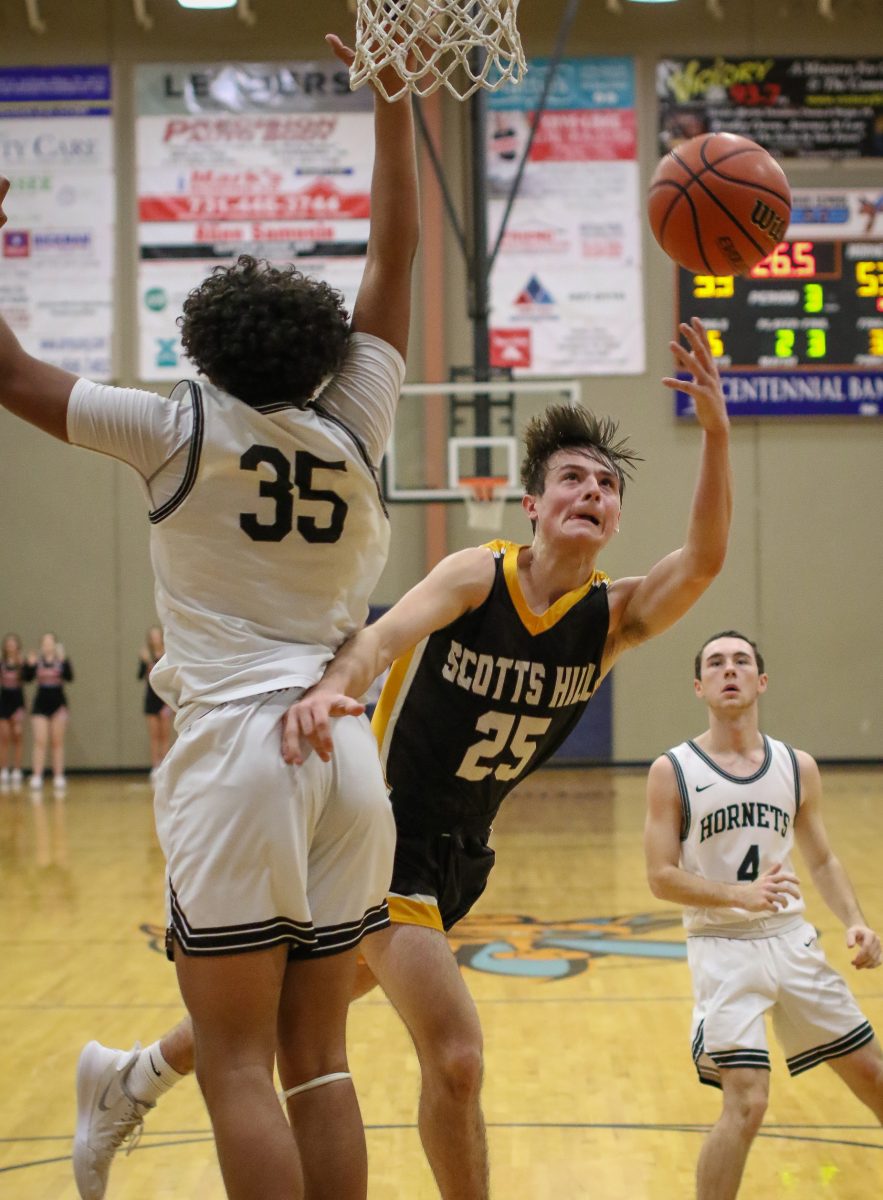 On Saturday night, February 27, the Scotts Hill Lions basketball team headed over to South Gibson to take on the Hornets, in what was a win or go home game. The Lions gave a valid effort throughout the game against South Gibson and tried to come way with a win. In the end, ultimately it was South Gibson’s play that was too much for the Lions and Scotts Hill was defeated, 72-46.

Riley McClain, who has been a prevalent scorer for the Lions all season long led the team in points on the night with 16. Following him, Luke Ledbetter would account for 10 points in the loss. Bryce Allard would score 9 points and Riley Jowers added another 5 points for Scotts Hill. Three Lions teammates collected 2 points each in the game. Those players were Zach Anglin, Colton Bailey, and Jack Beecham.

The Lions would start the game by scoring 10 points in the first quarter. Scotts Hill came back in the second quarter and was only able to add 5 more points before halftime. The halftime score was 36-15, in favor of South Gibson. In the second half, the Lions had their best scoring effort in the third quarter when they accounted for 20 points. Scotts Hill finished the game by scoring 11 more points in the fourth quarter.

Scotts Hill did their best in staying productive on the glass in the contest. The Lions were able to secure 14 rebounds as a team. Riley McClain led Scotts Hill with…