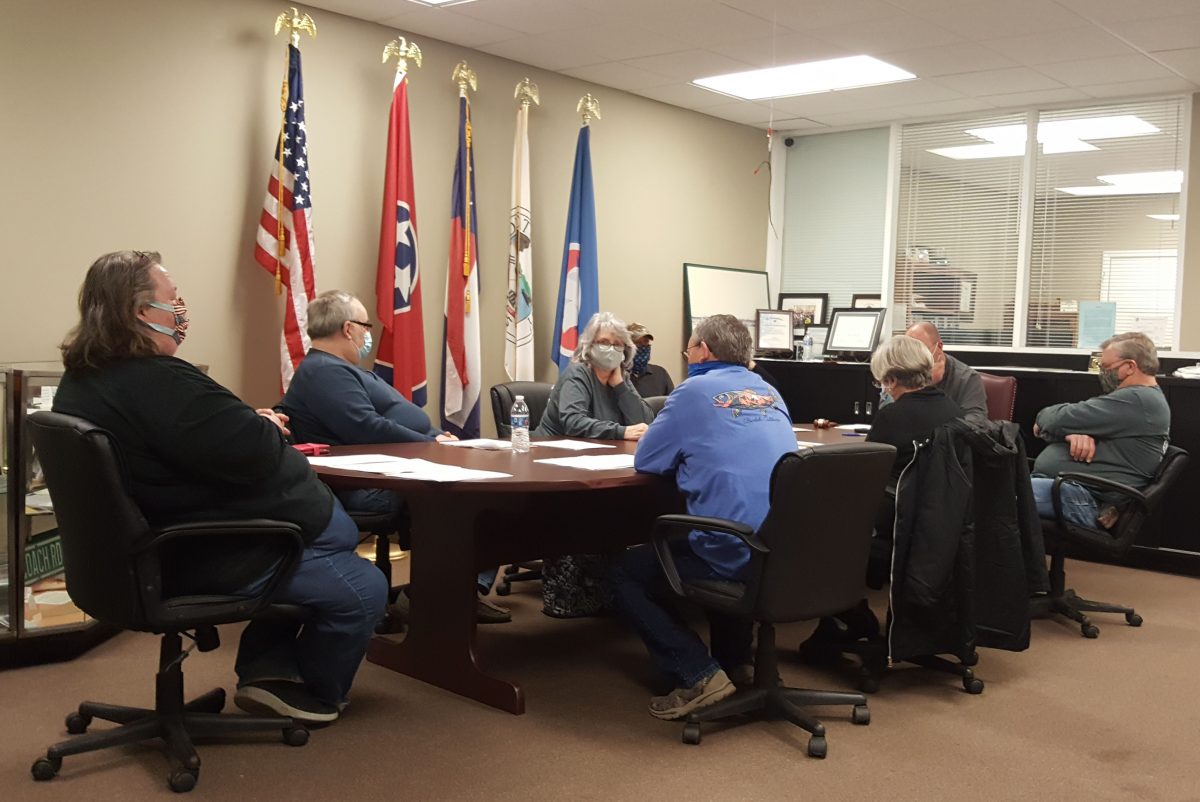 The Board of Mayor and Aldermen for Scotts Hill met on March 1, 2021.
Photo by: W. Clay Crook / The Lexington Progress

The Board of Mayor and Aldermen for Scotts Hill met in regular session on Monday evening, March 1, 2021 with COVID-19 restrictions and social distancing in place. Scotts Hill Mayor Kenny Parrish opened the floor to the public and Ms. Sheila Kilzer said that a property in her family on Austin Chapel Road had been flooded after the pipes thawed, but that there was not supposed to be a meter at the residence. Mayor Parrish confirmed that the city had removed the meter in September 2018, and that the one at the location was not authorized. Upon recommendation by City Attorney Kevin Carter, the meter will be removed, and the serial number traced, and that information turned over to the Henderson County Sheriff’s Department.

Both Mayor Parrish and General Manager Clayton Armstrong, as well as the board members, praised the work of city employees during the recent weather crisis. Mayor Parrish said that there were several strengths recognized, among them being the professionalism of the employees for the city and their cross functional skills. Armstrong and the board said that the job had been fantastic and were impressed with the city crews. Utility divisions all across the state and major portions of the south were all experiencing water issues during the sub-freezing weather. The Helms Building is ready for a walk through and the floor is curing in the Senior Center. When the final flooring is completed then…