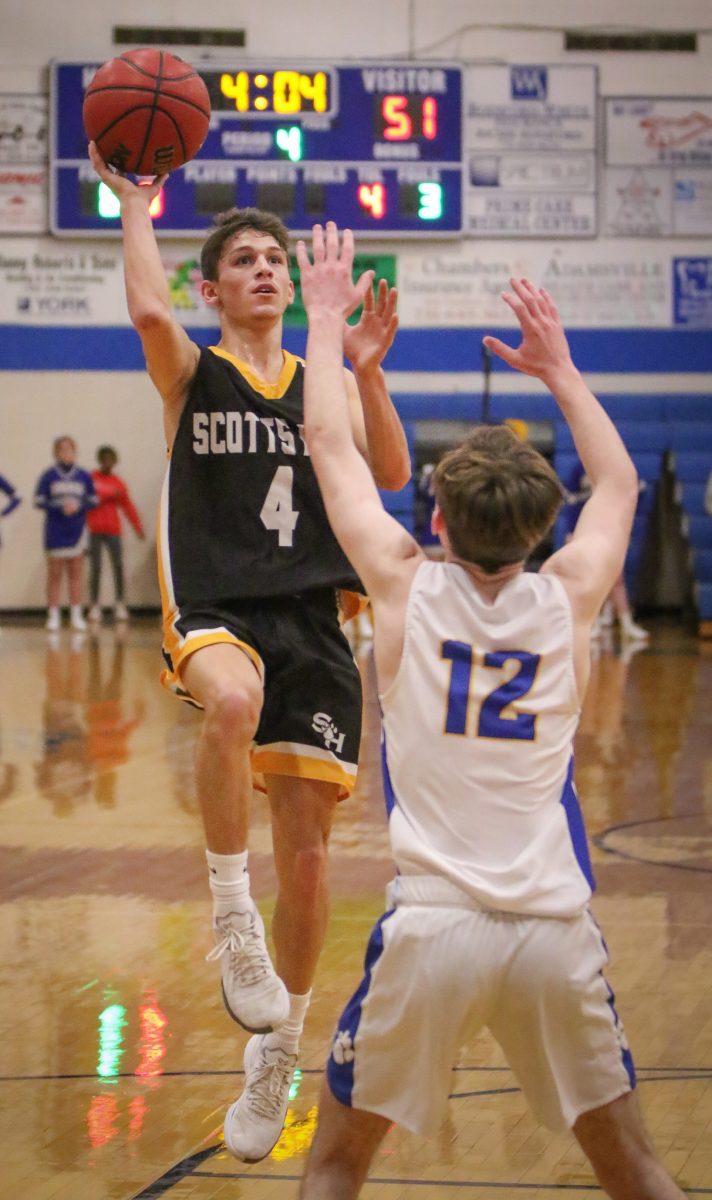 In what seemed like an eternity of a break in the basketball schedule due to inclement weather that hit the area last week, the Scotts Hill Lions basketball team was eager to get back in action on Monday, February 22. The Lions had to take a road trip over to McNairy County to take on the Bobcats in what is hostile territory for their opponents. Scotts Hill was up for the task and defeated McNairy County, 63-58. The Lions will now look forward in keeping up the success in postseason play.

Scotts Hill got out to a hot start in the game. The Lions were able to score 17 points in the opening quarter and held their opponent to only 10 points to open the game. In the second quarter, the Lions were able to match their total points and put another 17 points on the scoreboard before the half. The halftime score was 34-30, in favor of Scotts Hill. Defenses tightened up leading into the second half and the Lions only managed to score 8 points in the third quarter. Things opened back up for both teams in the final quarter and Scotts Hill accounted for their best scoring performance of the night. The Lions scored 21 points in the fourth quarter on their way to…