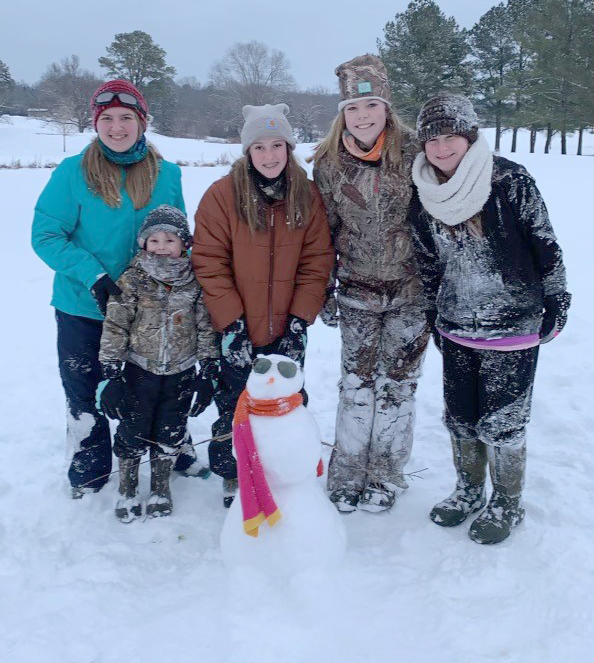 Some local children took advantage of the weather and school closures by playing in the snow and building snowmen during the recent winter snowstorm.
Photo Submitted / The Lexington Progress

As temperatures rose from the single digits towards the mid-twenties, snow began to fall across Henderson County in a second winter wave. By Thursday morning, February 18, 2021, many roads were impassable, and precipitation hit the streets faster than they could be cleared. Several areas reported from four to six inches on top of the harder layer from the first wave.

By February 19th, the Henderson County Sheriff’s Department completed approximately 113 public assist transporting citizens to and from work, while the Lexington Police Department assisted all throughout the city. Both the Lexington City School and the Henderson County School systems continued their snow days for Thursday and Friday, and, although the weather begin to warm on Sunday, some secondary roads were still in poor enough condition to call off schools on Monday, February 22nd.

While many of the streets in Lexington were manageable by Sunday, there were still huge piles of snow on Monday around every business where…