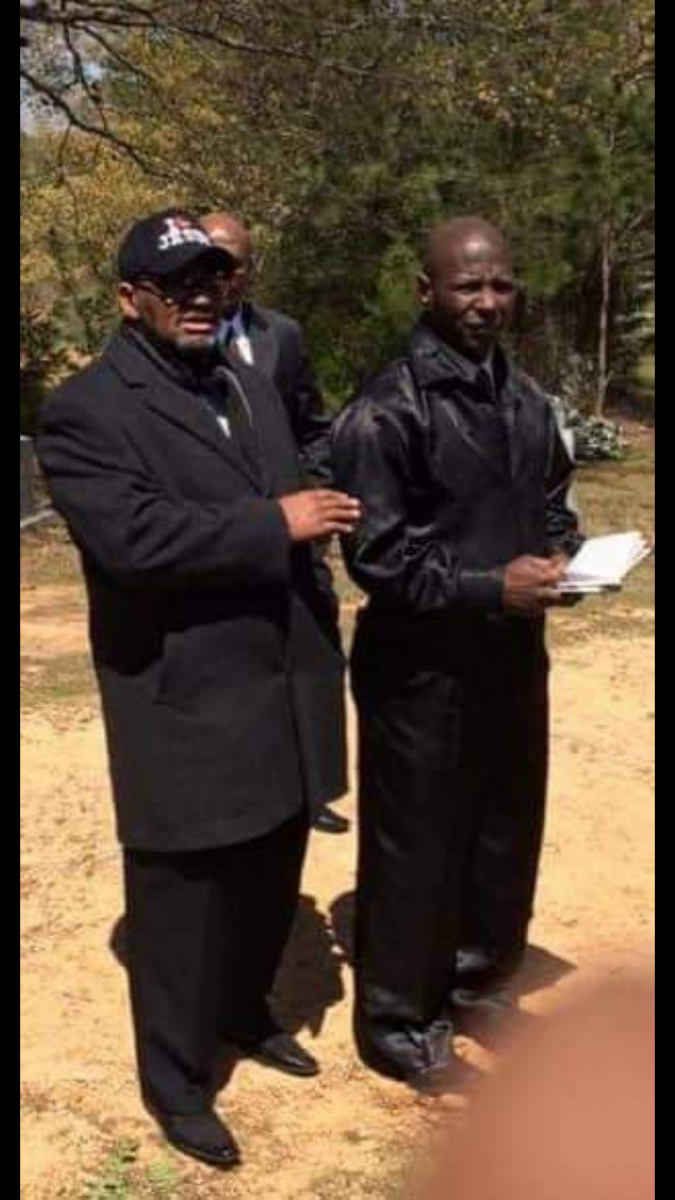 Pictured (L-R): Rev. Jamison and Bryan Tubbs. These two are some of the pastors being recognized during Black History Month within Henderson County, Tennessee.
Photo Submitted / The Lexington Progress

– “By the blessing [of the influence] of the upright the city is exalted, but by the mouth of the wicked it is torn down.” (Proverbs 11:11 Amplified Bible) –

On May 17, 1954, Brown vs. the Board of Education began the end of segregation for the public-school systems in the United States and in the 1960’s more civil rights acts were passed to open a new era of living in the country as well. This was a pivotal moment in the culture of Black America as was known then or the African American race as we are known now. 1965 marked change in Lexington as the schools here were integrated and new challenges emerged for the black people of this community, on the same note as Montgomery school closed so did the fact of the children receiving the word of God on a regular basis due to the fact of the school system being one of the primary sources of the children in the black community receiving the word at that time; because many of the local churches only had church once or twice a month.

In 1971, Pastor Felix Tuggles would come to Lexington to pastor at Timberlake Grove Baptist. In 1972, Pastor Samuel White would take on the responsibility of being the Pastor of Pilgrim Rest Baptist Church. Then in 1975, Pleasant Hill Baptist Church would be blessed with Pastor Ivey Jamison. And, in 1979, Pastor Lonnie Black would become the Pastor of St. Paul Baptist. Over the next several decades these men would retool the way things operated in this community.

At the time of each of their arrivals their churches were limited to two Sundays a month, which in the south at this time was common. I remember as a child coming to Lexington from Linden several Sundays a month for church because our church in Linden was not having service. I thought my granny was just liked to travel, as I did, and I loved the church services of that time. Only to become an adult and realize if we wanted to go to church every Sunday we had to go where there was actually a service going on.

In the Amplified Version of Proverbs 11:11 it speaks of the influence of the upright, each of these men influenced, impacted and left an imprint in this community to many. Over the last few weeks, I reached out to members of each pastor who were toddlers or infants when the pastor arrived as well as reaching…