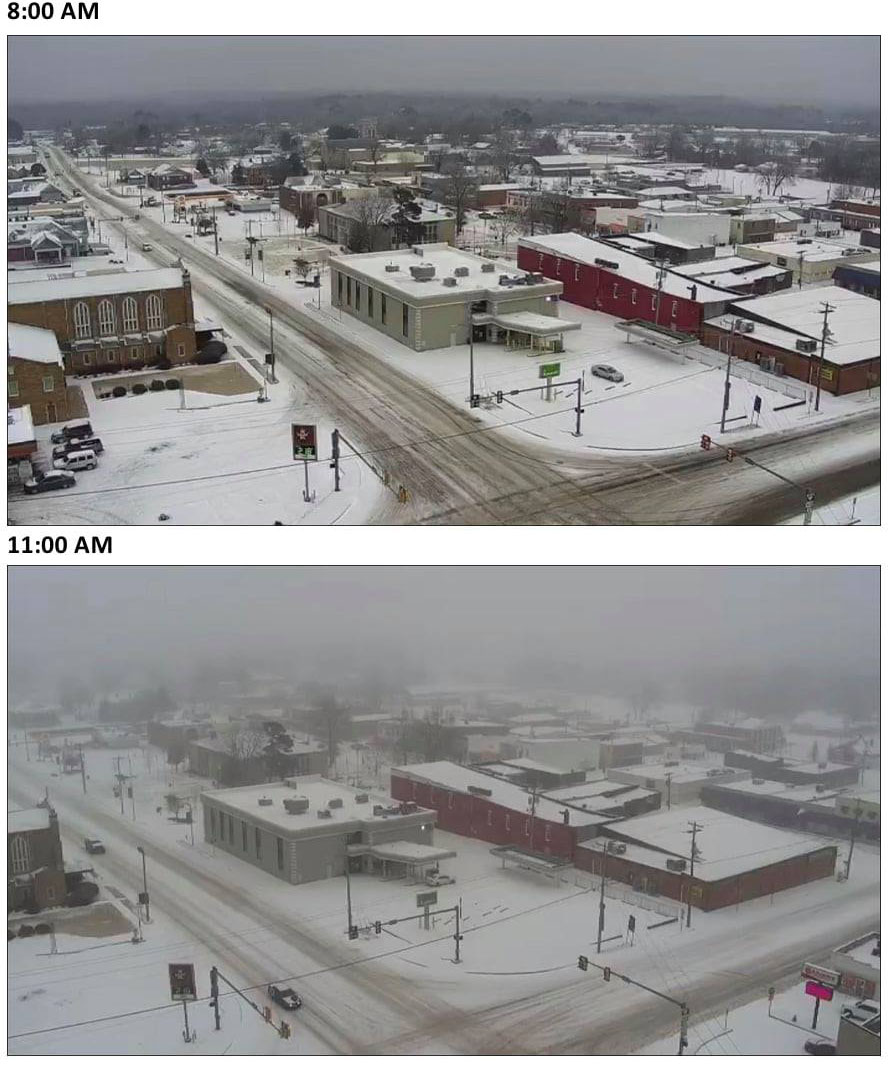 A view of downtown Lexington from the water tower camera on President’s Day.
Photo Submitted / The Lexington Progress

Dropping into the single digits, temperature-wise, many businesses and homeowners were concerned with the possibility of freezing pipes, with cautions being issued by the Frances Hensley Animal Shelter to make accommodations for outside pets.