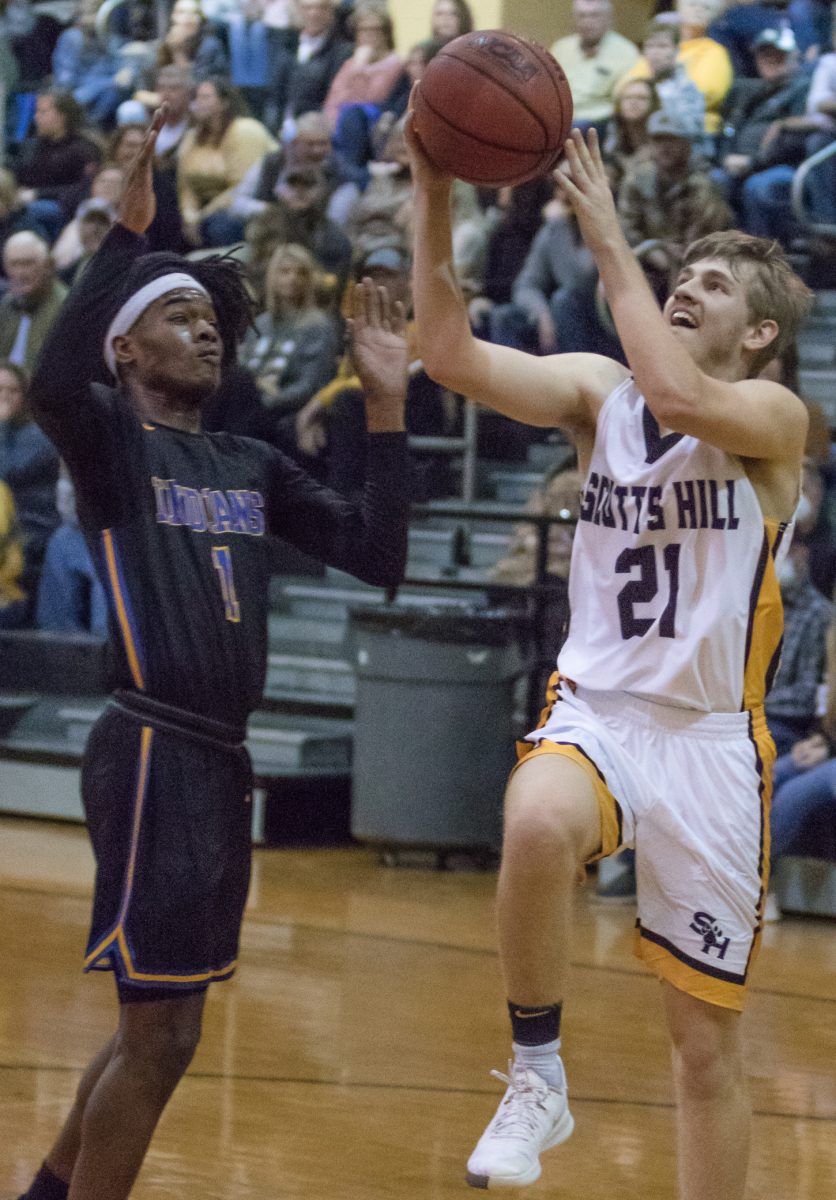 In what the Scotts Hill basketball team was hoping would be a fun and exciting night while celebrating homecoming festivities, the North Side Indians had other plans for the evening. Scotts Hill had welcomed North Side to their home gym last Friday night for homecoming and were looking to give the fans a victorious performance, but the team ultimately fell on night to the Indians, 65-56.

Bryce Allard would lead the team in scoring on the night with 15 points. Zach Anglin followed him by scoring 11 points and Jack Beecham accounted for 9 points in the loss. Both Colton Bailey and Lane Martin each scored 6 points for the Lions. Riley McClain would collect 5 points in the game and Ripken Clenny rounded out the scoring by accounting for 2 points.

The leaders for Scotts Hill in rebounding were Lane Martin, who collected 10 rebounds, and Riley McClain, who recorded 6 rebounds on the night. Bryce Allard and Jack Beecham would lead the team in…