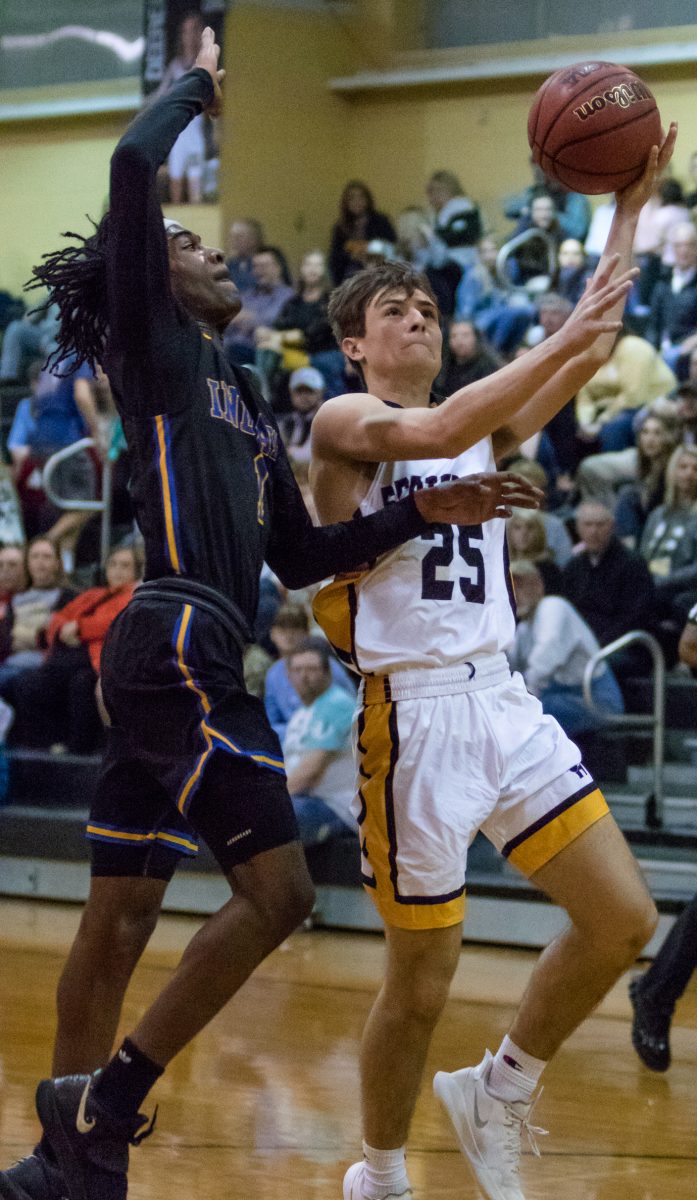 The Scotts Hill Lions basketball team had another home game on Thursday, February 4 against the Chester County Eagles. In a game that the home crowd saw offensive power from both schools, it was Scotts Hill that was able to come away with the victory in the end. The final score was 78-72, in favor of the Lions.

Scotts Hill saw their best scoring performance come in the first quarter to start the game. The Lions were able to score 27 points in that quarter. In the second quarter, Scotts Hill added another 12 points to the scoreboard. The halftime score was 39-24, with SH ahead. After getting a breather and rest during the break, the Eagles were looking to push the Lions in the second half of the game. Scotts Hill wasn’t going to let the game get out of their control, though. The Lions added another 24-point performance in the third quarter and accounted for 15 more points in the fourth quarter to hold on and grab the victory.

Leading the way in scoring on the night for the Lions was Bryce Allard. Allard scored a team high 28 points against the Eagles. Riley McClain scored 22 points and Zach Anglin accounted for 9 points. Luke Ledbetter added 8 points for Scotts Hill and…