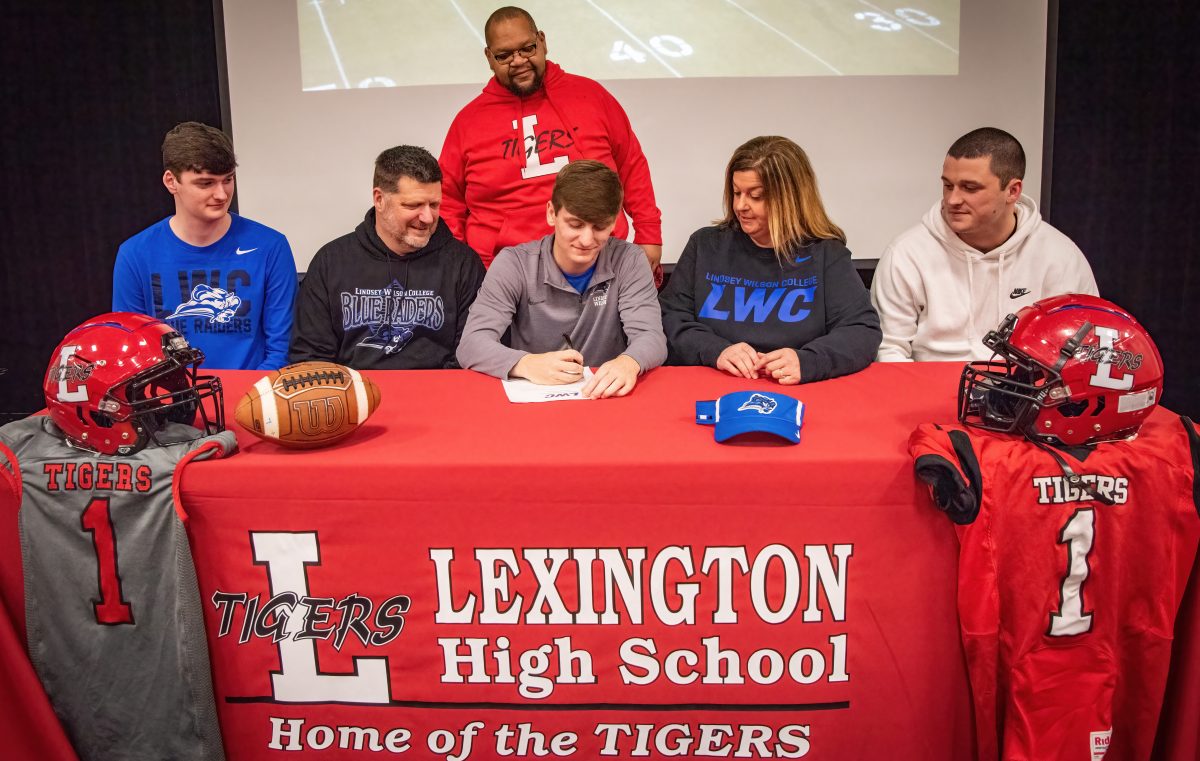 Big dreams are what an athlete has as a young child. That’s just what Jordan Smith had when he was growing up. Smith made his dream of being able to play college football into a reality on Friday, January 29, 2021. That day happened to also be his birthday and what better present could one receive? Jordan Smith was surrounded by family, close friends, and teammates as he signed his Letter of Intent to play college football for Lindsey Wilson College.

In what sure was an exciting high school career to watch, Jordan was able to show fans and patrons all across West Tennessee his talents all throughout his four years as a Lexington High School Big Red Tiger. Smith accumulated 503 yards on 48 receptions in his career. He would also have 6 receiving touchdowns. Jordan would rush for 1,489 total yards on 162 carries in his four years. He averaged 9.19 yards per attempt and scored 22 touchdowns on the ground. As a quarterback, Smith would complete 36 passes, on 56 attempts, garnering 546 yards. He threw three touchdown passes and averaged 15.6 yards on each pass. Jordan would only toss 4 interceptions his entire time as a Tiger.

Defensively, Smith was a ball hawk. He would be all over the field to make plays. His career ended with him collecting 111 total tackles, with 11 of those being tackles for loss. Jordan also had an impressive 9 interceptions as a defensive back for the Tigers.

In collecting many outstanding stats along the way, it was also noticeable of the way Jordan carried himself off the field. Some of his coaches spoke about this during the celebration that day. LHS head coach, Bryant Hollingsworth, shared, “Jordan is a prime example of the student you want in the classroom and community, and that goes to show you just the type of…