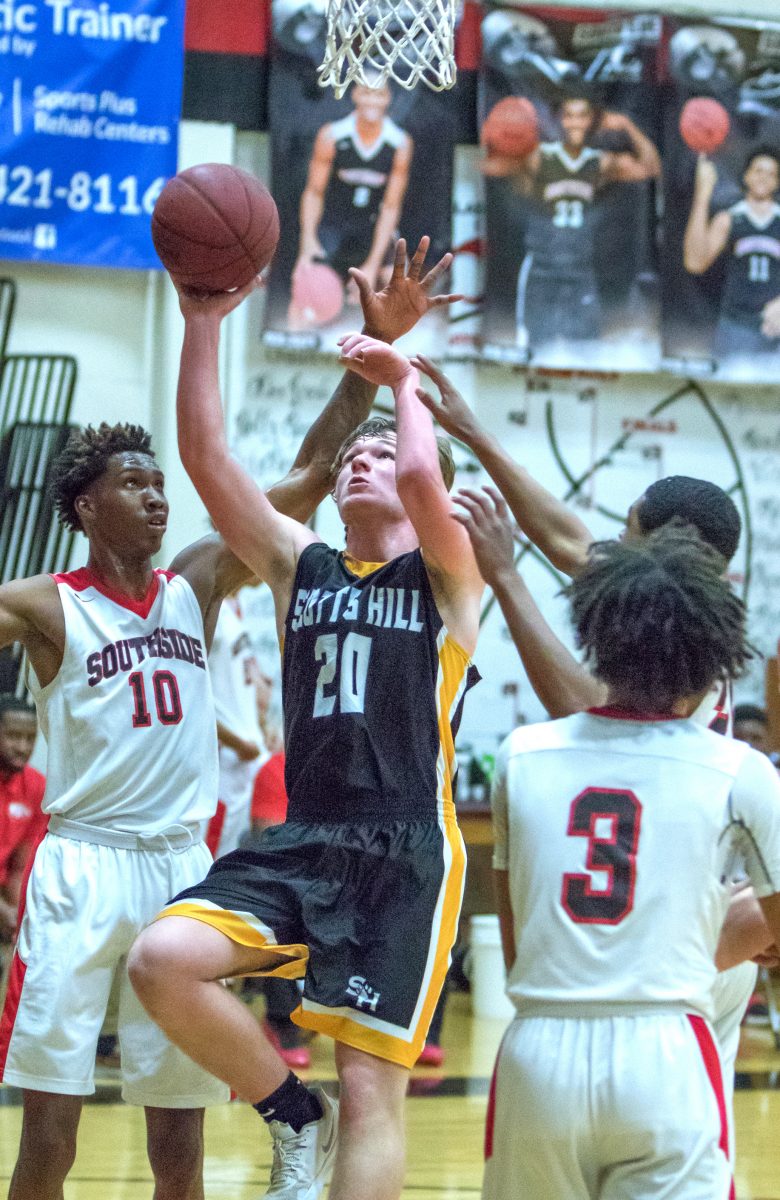 On Tuesday, January 26, 2021, the Scotts Hill Lions basketball team made their way into Jackson, Tennessee to take on the powerful South Side team. Playing well, the Lions gave the Hawks a good game but ultimately, they weren’t able to match the effort from South Side. Scotts Hill would be defeated on the night by a score of 71-55.

In the first quarter, the Lions were able to score 22 points against the suffocating defense that South Side employs. The second quarter saw the Lions only able to score 8 points as the Hawks made some adjustments. Coming out of halftime, Scotts Hill scored 11 more points in the third quarter and the Lions were able to put up 14 points in the fourth quarter, before being defeated by South Side High School.

Leading the way in scoring on the night for the Lions was Riley McClain. He was able to score 16 points for his team in the game. McClain also had 6 rebounds on the night, which led SHHS also. Zach Anglin followed by scoring 9 points, including a successful 3-point basket. Anglin was also the leader in…