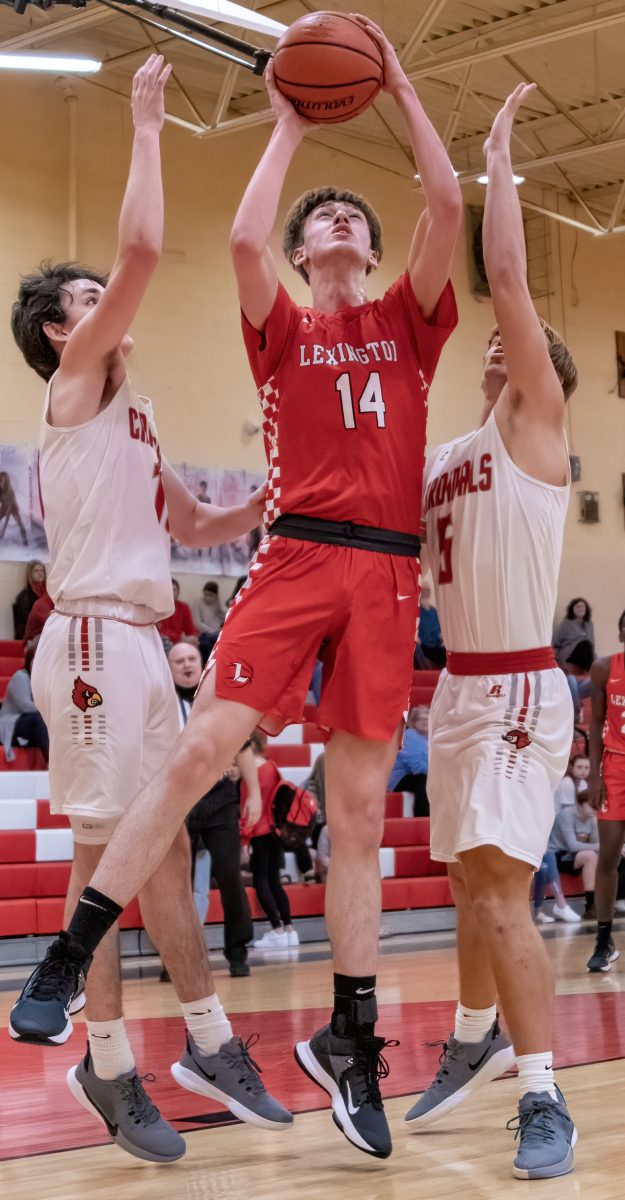 After coming off a tough outing against a perennial team, the LHS Tigers basketball team was ready to take on the Adamsville Cardinals last Friday night. Lexington came into the game with a good plan and performed well enough to take the victory. The Tigers were able to handle Adamsville and won the game by the final score of 50-35.

Lexington came out in the first quarter and scored 14 points and followed that up with another 15 points being scored by the Tigers in the second quarter. After taking a breather and regrouping at halftime, the Tigers scored 11 points in the third quarter. Lexington would go on to score 10 more points in the fourth quarter to take the win.
Head coach, Keith Runyon, was excited to grab the win but also thought his team should have executed better in the second half. “Our kids played a great first half. We were up 22 at halftime but we didn’t play well the second half. We are close to getting some consistency, but we just are not there yet”, stated Runyon.
The top scorer for the Tigers was Tristin Roberts. Roberts scored 15 points and was near perfect from the free-throw line as he went 7 for 8. Both Rodarius Transor and Michael Leslie each scored…