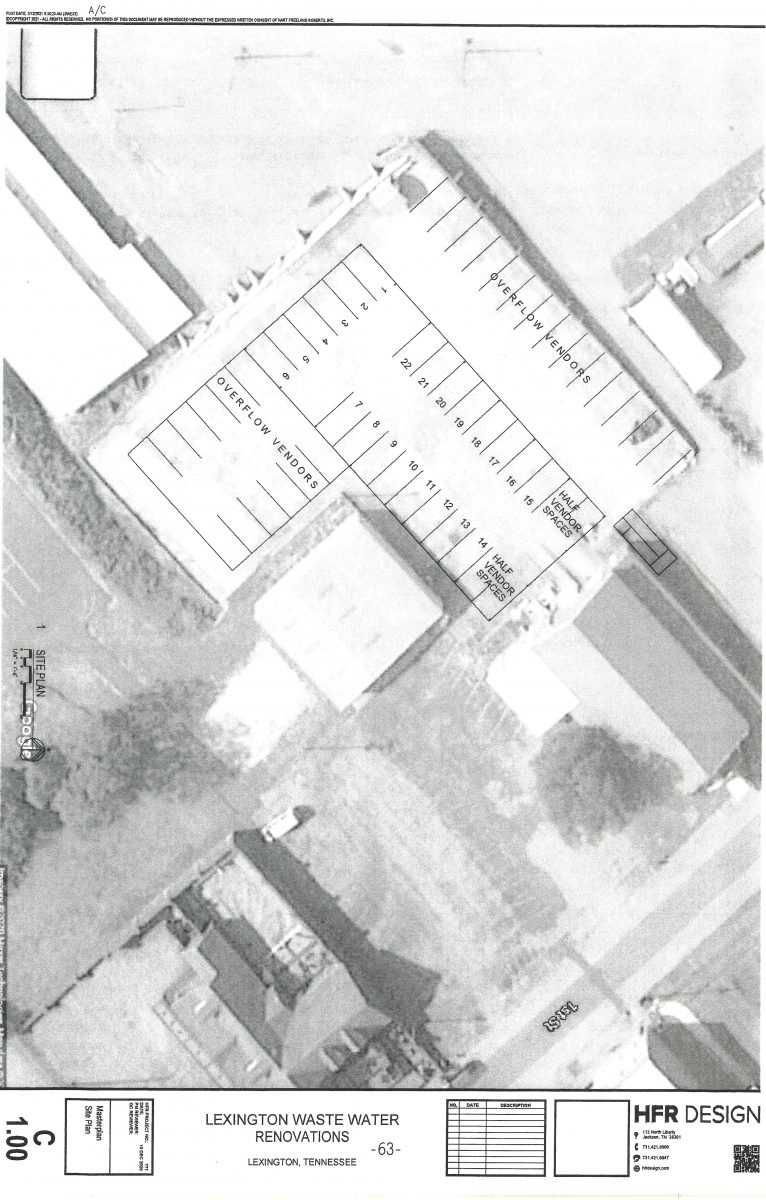 With the cost estimates at over $400,000.00 for a farmer’s market on First Street, the City of Lexington is looking at alternate plans for the site.
Photo Submitted / The Lexington Progress

The Board of Mayor and Aldermen for the City of Lexington met via WebEx for their January 19, 2021 workshop session. The workshops are non-voting sessions. Business will be voted on at the January 26, 2021 meeting. The board discussed the retirement of Greg Bird as the city building inspector and how important the position is to the city. The mayor has been looking at some of the qualifications required by other cities across the state of similar size and growth. Public Works Director Robbie McCready has been assisting during the transition.

Lexington Mayor Jeff Griggs also said that he will be recommending Stoney Bray for another term on the Planning Commission, and Centras Forney for the Board of Zoning Appeals to replace the vacancy left by the passing of Mr. Anthony Buck.

The Lexington Police Department will have some policy updates on the table next week, as well as requesting permission to fill a vacancy in communications and the contract for a company to manage the body cameras. Mayor Griggs said that he has been reviewing with the department heads on needs and retirements, and will be recommending some changes. With the Lexington Police Department, the chief and assistant chief positions are available for retirement within the same time frames. In order to avoid a situation where there could be a vacancy in both positions at the same time, Griggs said that moving the assistant chief to a fleet management position could be a possible solution. The savings possible with direct management over the vehicles could result in a substantial savings.

The Gas Department will also request the filling of a vacancy, and moving three part-time positions with Public Works to full-time would assist with the reduced availability of inmate workers. The Public Works Department is also interested in the purchase of…