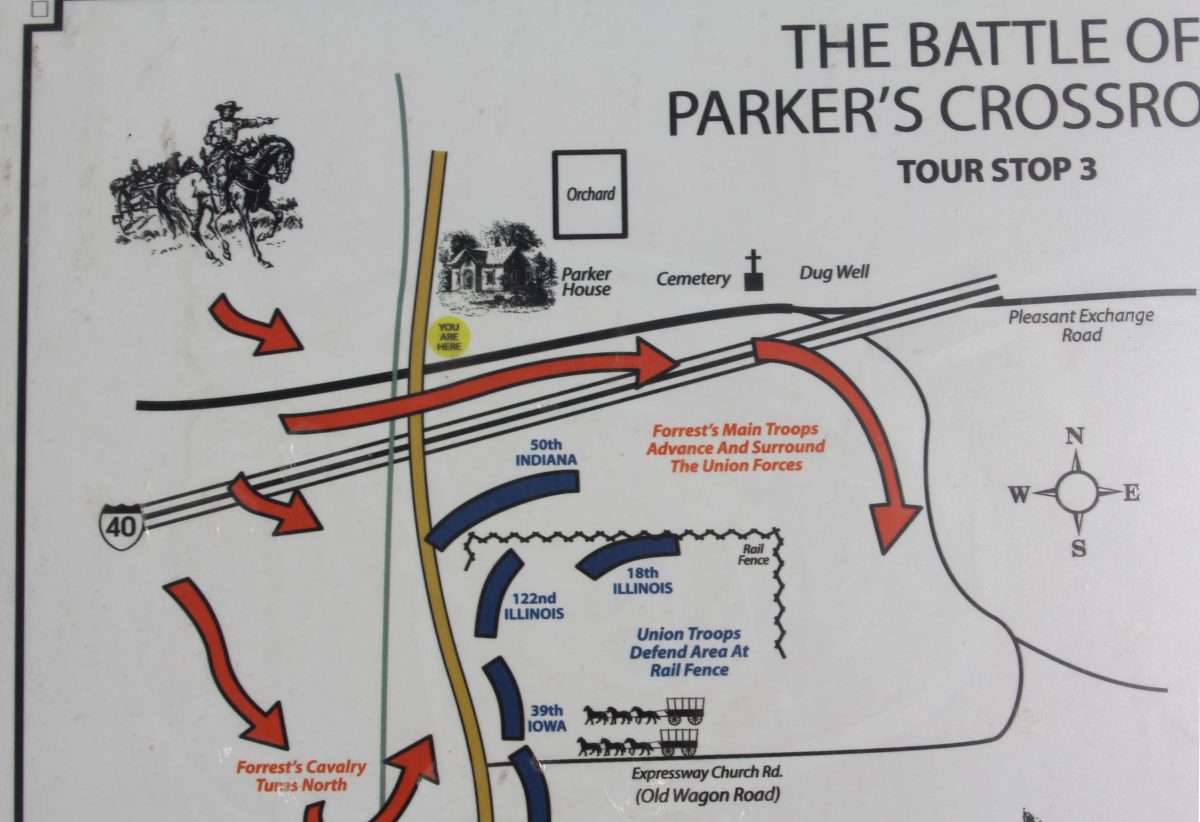 A map shows some of the routes taken during the Battle of Parkers Crossroads.
Photo by: W. Clay Crook / The Lexington Progress

This article appeared in The Lexington Progress on October 18, 1929 from W. R. Britt of Jackson, who had been a young boy during the Battle of Parkers Crossroads on December 31, 1862. Britt was also a great grandson of Dr. John M. Parker. What is now Highway 22 North was being planned, and one of the routes would have bypassed the original crossroads. “Kindly allow me to remark that some say that autumn is the saddest of the year. Reminiscently, this carries me back to childhood scenes, even back to the days of ‘61-62 when the bitter strife had begun, back to the early morn of the last day of all this when Forrest and his men were breakfasting in the wooden lot at my father’s home, for at sunrise the sentinel fired at the top of the hill at our house, the first shot of the battle.”

“Instantly all breakfasts were dropped, and Forrest’s men hastened into their well-selected line of battle just north of the old Hicks field. The Federals, under Dunham, lined up just south of our house and back toward the Trenton road, north of Dr. Williams. Before the sun was an hour high the cannon and smaller arms belched forth their leaden death, which was kept up until mid-day, when the Federals, being hard-pressed and great losers, fell back into the southeast, into Dr. Parker’s fields and the Milam woods.”

“Forrest came into their deserted territory and seemed to have the advantage all day, so much so, that the Federals, by their officer, stationed at Dr. Parker’s woodpile were called in to stack arms and surrender, and had begun to do so when…