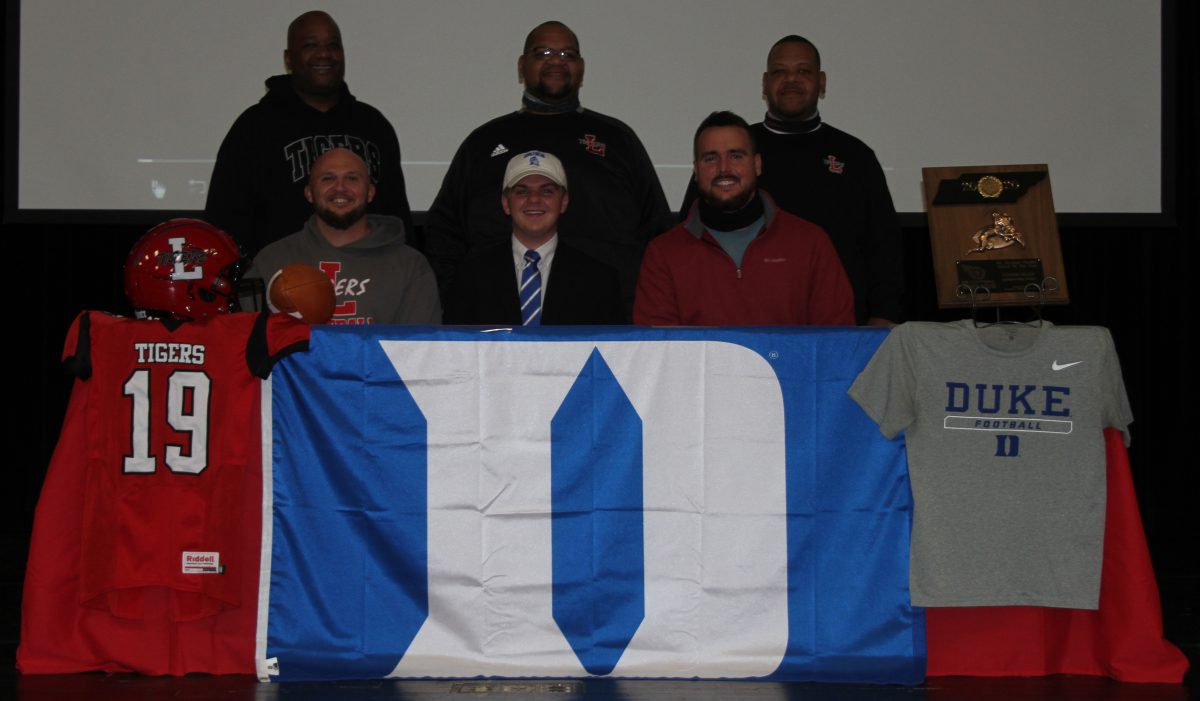 Last Wednesday, December 16, 2020, was a very special day for Lexington’s own Connor Wood. His lifelong dream of playing college football became a reality when he signed his letter of intent with the Duke University Blue Devils. All the long hours and dedication to his God given talent came to fruition in that exact moment. I got to sit down with Connor last Friday and get his thoughts and words on what it all meant to him.

“Hard work pays off”, he started out with. For the last four years, Lexington High School Big Red Football has been his life. Those guys, his teammates, are like family to him. Connor has welcomed all the memories he has been blessed with in them. He stated, “It’s going to be tough to leave all those guys behind, just like it will be with my own immediate family.” He is looking forward to his next journey, but he will always remember the times that got him to this exact point now.

I asked him about all the hard work he put in, as stated before, and what it all meant to him. “It was a sharp learning experience at first, and you see those guys on TV Saturday and Sunday and that’s what I want to be one day. Until you see the time those guys put into their craft, one really can’t understand it until you do it for yourself.” Connor missed out on many experiences with friends and events that were happening, but his dedication to his dream was well worth the sacrifices that he made along the way.

During his time with the Lexington High School Tiger Football team, Connor was named to the All-Region Team four times, a three-time All-West TN selection, a 2020 All-State member, and a 2020 Mr. Football Kicker of the Year Finalist. He was 127 of 132 on extra points as a Tiger and made 29 field goals, out of 38 attempted kicks. Connor also recorded five tackles, too. He is 5th all time in TSSAA history in field goals made and is the all-time leader in LHS history in field goals made. Connor also holds the record for the longest field goal ever made in the history of Lexington High School Football, which was a 53-yard field goal.

Leading up to his recruitment, Connor had talked to coaches his freshman and sophomore years but with rules in place those coaches weren’t allowed to be in constant contact with him. So, when the time came in his junior season, things started to pick up. His first offer came in from Army, and he realized that put a lot of things in perspective. “I finally got the opportunity to play college football” he shared. After that his recruitment skyrocketed. He was talking to multiple coaches a day and being recruited all over the Nation. Then, as we all know too well in these times, COVID-19 came. That shut everything down all across the recruiting world. “I was not allowed to step foot on a campus, not allowed to have coaches come see me practice, so I was just working the phones each and every day to stay in contact with…