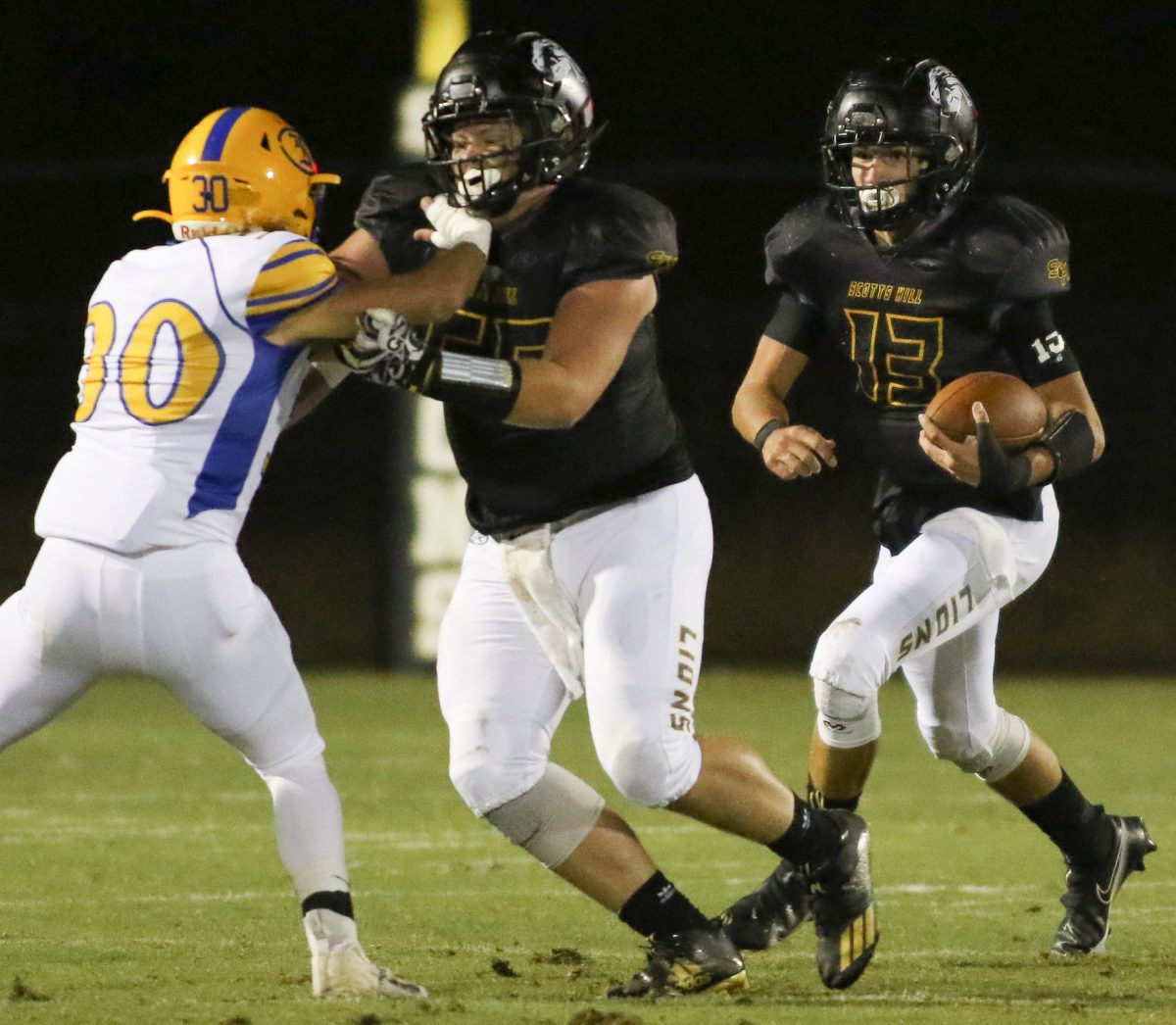 Friday night, October 16 was a chance for the Lions to put their pads back on for a little game action after their bye week last week and give the fans a show as they hosted the Riverside Panthers to Lion Stadium. The Lions had a bit of trouble getting things going in this contest and ultimately couldn’t contain what Riverside threw at them. Scotts Hill was defeated by the Panthers. The final score was 44-13, in favor of Riverside.

The Lions kept things close in the first quarter as they only trailed by 7 at the end of the quarter. Riverside led 7-0. Scotts Hill was able to put points on the board in the second quarter, but the Panthers were too. Riverside led at the half, 21-6. Both teams scored 7 points in the third quarter and then Riverside pulled away in the fourth. The Panthers put 16 points on the board in the final quarter and came way victorious, 44-13.
Scotts Hill ran a total of 56 plays that accounted for 168 total yards. The team had 119 yards through the air and accounted for 51 rushing yards. The Lions also collected 26 first downs in the contest. They did have…

For the complete story, see the October 21st edition of The Lexington Progress.