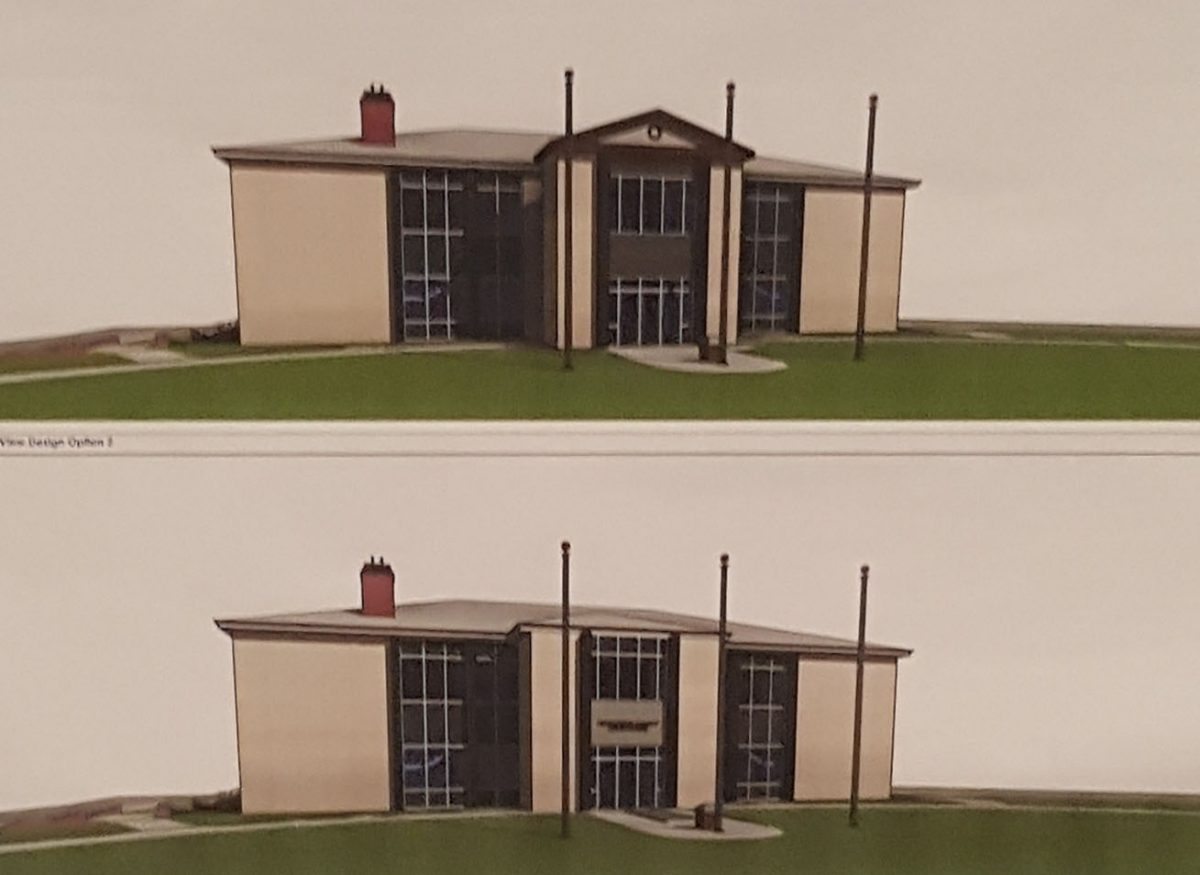 A drawing of the Henderson County Courthouse showing how the building would look with the new addition of an ADA compliant elevator.
Photo Submitted / The Lexington Progress

The Henderson County Commission met on Tuesday evening, October 13, 2020 in a special work session to consider several budget items, including the feasibility of a wheel tax and the addition of an ADA compliant elevator to the courthouse. Besides the shortfall of revenue, the salaries within the Henderson County Sheriff’s Department are in need of equalization. Also pending in the near future is the contract for the airport and loss of revenue in the solid waste department and the need for new equipment at the solid waste centers.

“We had a meeting a few weeks ago and a work session was requested, so we are here tonight to listen to Finance Director Lee Wilkinson,” said Henderson County Mayor Eddie Bray.

On the pay increase discussion, Wilkinson reviewed the last three fiscal years instead of the base payroll, as that would not include overtime and other adjustments. A wheel tax of about $14.00 would be needed to give 8% salary adjustments for the Sheriff’s Department and 911 employees.

The main variable in the current budget is the state inmate population on the revenue side, about $1.5 million, as many years ago the budget was balanced by using revenue from state inmates, and to keep certification at the jail, overcrowding needed to be addressed by reducing the number of state prisoners.

A question was raised over concerns of increased salaries, as there was not a 3% cost of living for county employees, although the state…

For the complete story, see the October 21st edition of The Lexington Progress.